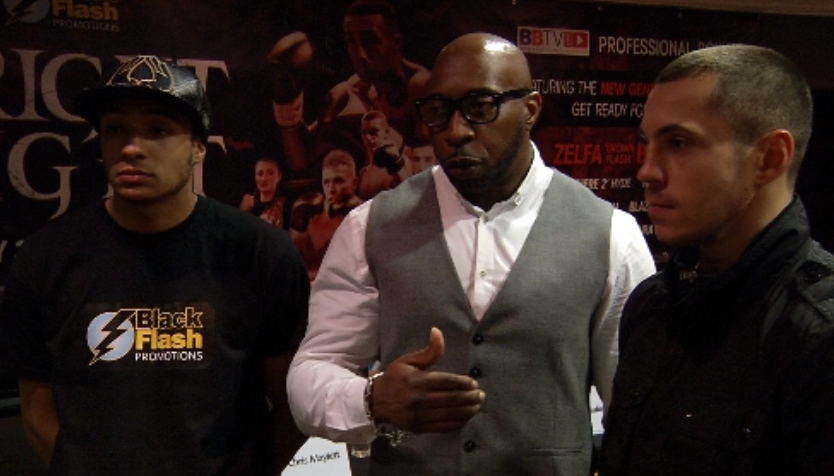 WBA super-bantamweight world champion Scott Quigg started his career with with Brian Hughes and Pat Barrett at the Collyhurst and Moston Lads Club in Manchester and he still supports the club and its new boxers.

One of them boxers is Zelfa Barrett who looked up to Quigg as a young amateur in the gym and strives to follow in his friends footsteps and go on to great things too.

Barrett, 22, fights this Saturday night in Bury the home-town of Quigg and the world champion will be in attendance to cheer his mate on.

The Brown Flash who is trained and promoted by his uncle Pat Barrett will be topping the bill in Bury in his first 6-round schedule fight as he steps up in class to take on Huddersfield Ismail Anwar. Ambitious Anwar is a former British Masters champion and fought for the Central Area title in his last fight, losing on points over 10 rounds. He is coming to Bury knowing a win over the highly rated Barrett can turn his career around.

In this interview with Barrett, uncle Pat and Quigg at the press conference for Zelfa’s fight on Halloween Night (Saturday October 31st) at the Castle Bury Leisure Centre.

Tickets available from the boxers or on the door on the night.

Watch the show Live on BBTV