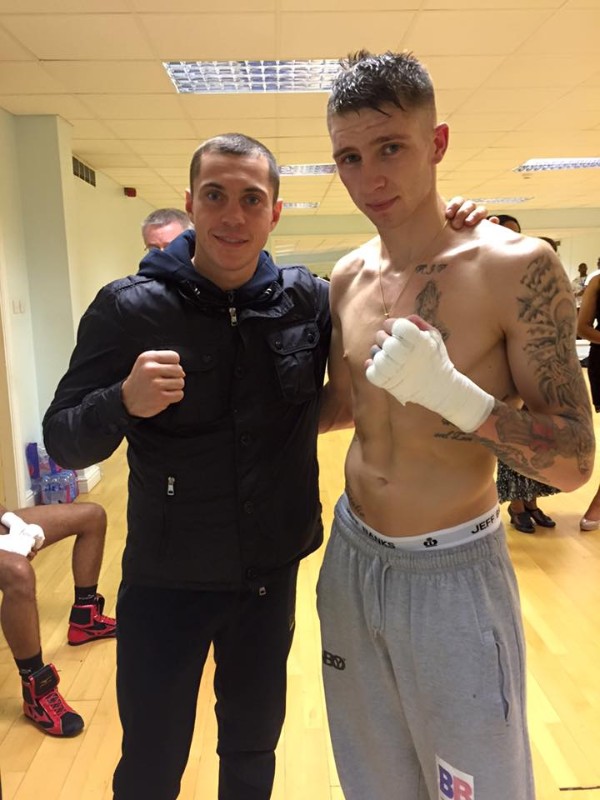 Salford light-middleweight Chris ‘Fat Boy’ Monaghan was back in the ring on Saturday night at the Castle Leisure Centre in Bury when he took on Hull based Lithuanian Evaldas Korsakas . The show promoted by Black Flash Promotions and shown Live on BBTV was a very entertaining scrap between two ambitious opponents who had both had 2 fights each.

Korsakas a tidy boxer, southpaw and in great shape was somewhat an unknown quantity coming in and with 1 win and 1 loss, gave Fat Boy a tough fight. But the home fighter managed to stay busy enough to eventually take the points win on referee Michael Alexander’s scorecard that read 39-38 at the final bell. Monaghan will have learnt a lot from this fight and Korakas will no doubt go on to trouble many up coming prospects.