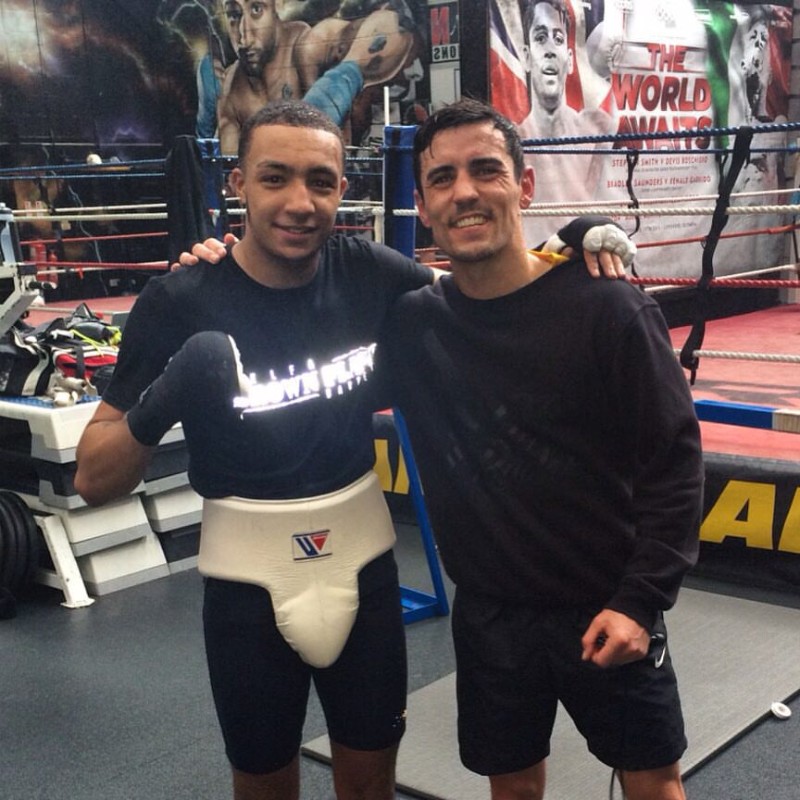 Crolla ready to take world title from Perez this time

CROLLA: I THINK ABOUT WINNING WORLD TITLE EVERY DAY

Anthony Crolla says his desire to win a World title in his hometown will drive him to victory in his rematch with Darleys Perez for the WBA World Lightweight title at the Manchester Arena on November 21, live on Sky Sports.

The Manchester star came within a whisker of ripping the title from the classy Colombian in their first meeting at the Arena in July, which ended in a majority draw. ‘Million Dollar’ was granted an immediate rematch for the title by the WBA, and having already stated he will leave no doubt as to the winner this time, Crolla says he is thinking of the belt being placed around his waist every second of the day.

“I think about winning the World title in Manchester every single day,” said Crolla. “I think about it going into the gym, before I go to sleep, over and over. I am sure the real thing will be even better than how I imagine it, and that is what I want to experience on November 21. I will do everything I can to make that dream come true. It has been a dream since I first laced a pair of gloves, every fighter has the same dream, and there would be no better setting than to do it in front of my home town people.

“The division is very, very strong and it is great to be a part of it. There are four or five fighters in the division who are world-level fighters. There are many great domestic fights to be had for World titles and hopefully I can bring home that title and then I don’t necessarily be needing to go across the pond for big Lightweight fights as there are ones right here in Britain.

“I still get goosebumps thinking about the ring walk now. To have 12,000 people in an arena like that, it was surreal. I am a lad who has been going there since before the Ricky Hatton days, seeing boxers like your Naseem Hameds and your Michael Brodies, to experience it as a fighter, it was a dream come true.”

Crolla faces Perez on a stacked bill in Manchester as the vacant British title at Super-Lightweight is on the line in a rematch between Chris Jenkins and Tyrone Nurse, whilst new Matchroom signing Ryan Burnett faces Jason Booth for the vacant British Bantamweight title.