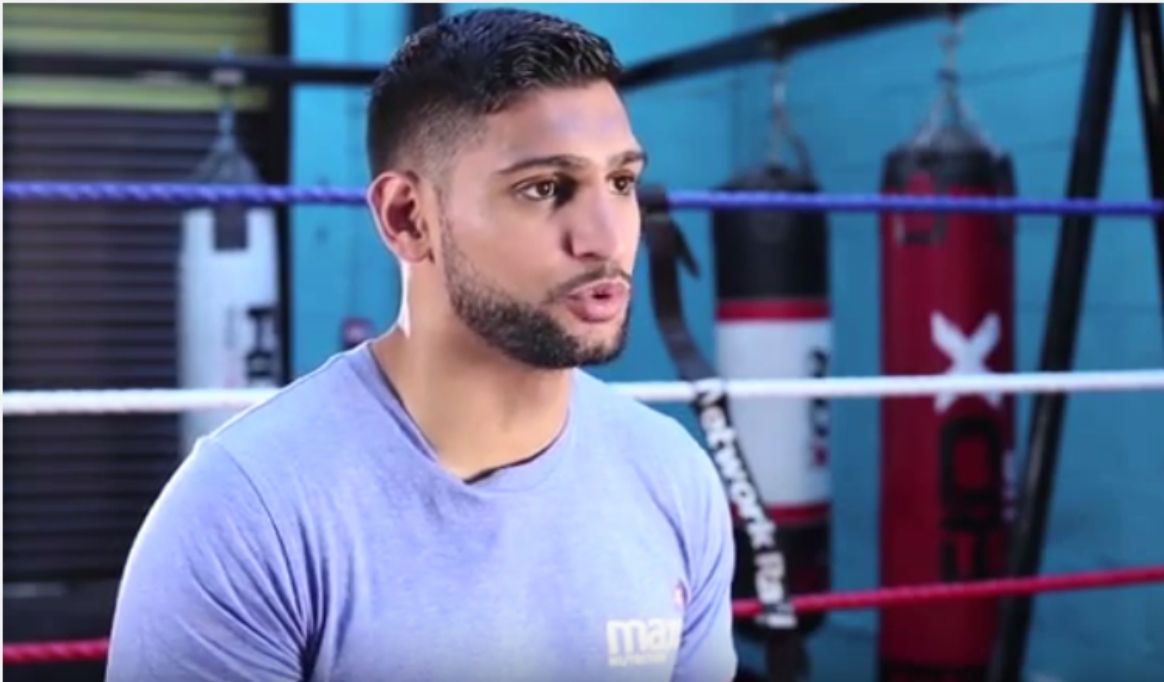 Amir Khan has, according to his dad Shah, signed a deal to fight Manny Pacquiao on April 9 in Las Vegas

Shah said that his son’s representatives have sent a signed bout agreement to the Filipino team and Pacquiao’s promoter Bob Arum, agreeing ‘in every last detail’ terms to meet Pacquiao in America in April, but they are yet to hear back as yet.

Pacquiao who is holidaying in Greece is making everyone wait until he announces what is believed to be his final opponent after 65 contests, before he retires and runs for election as a senator in home country the Philippines.

WATCH THE VIDEO ABOVE TO SEE KHAN TALK ABOUT FIGHTING PACQUIAO

But while a date has been set and these what seem like pre agreement contracts, the question of who Pacquiao will face is still an open question.

Khan may have signed this contract but the rumours are that Pacquiao is eyeing a fight with the talented and new star of boxing Terence Crawford. Even Pacquiao’s manager Erik Pineda, insisted that the 36-year-old boxer wants to face American WBO junior welterweight champion Crawford.

Another story doing the rounds is that retired old foe Floyd Mayweather has been mentioned as a potential opponent for Pacquaio. Although it’s thought a meeting between the pair would happen after April in a big money meeting before they both sail off into the sunset.

Pacquaio said recently in an interview; “Whoever my opponent is I will accept, Amir Khan, Juan Manuel Marquez, Timothy Bradley or a rematch with Floyd Mayweather!” He didn’t mention Crawford?

For Khan he waits!