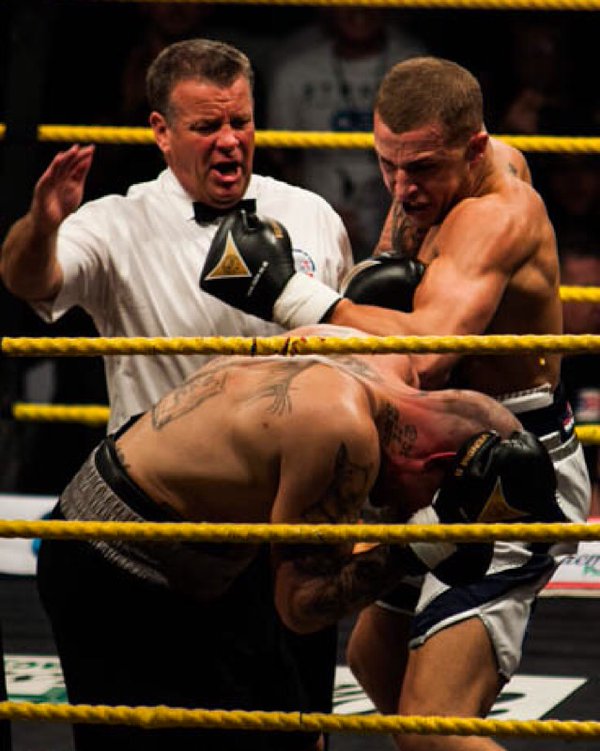 Sam Hyde blasts out ‘Dangerous’ Dave in a round (video)

Hyde, 22, didn’t hang around after the first bell range and he was soon in range and unleashing some quick hard shots that troubled Vicena immediately and it wasn’t long before he was looking uncomfortable under Hyde’s intensity.

Vicena, had been in and gone the distance with some half decent opposition in his 34 fight career including European champion Robert Hellenius, but Hyde didn’t give him any breathing space and it was a left to the body that dipped the Czech’s knees and then a barrage of shots that saw referee Michael Alexander save him from further punishment at 1:11 of the opener.