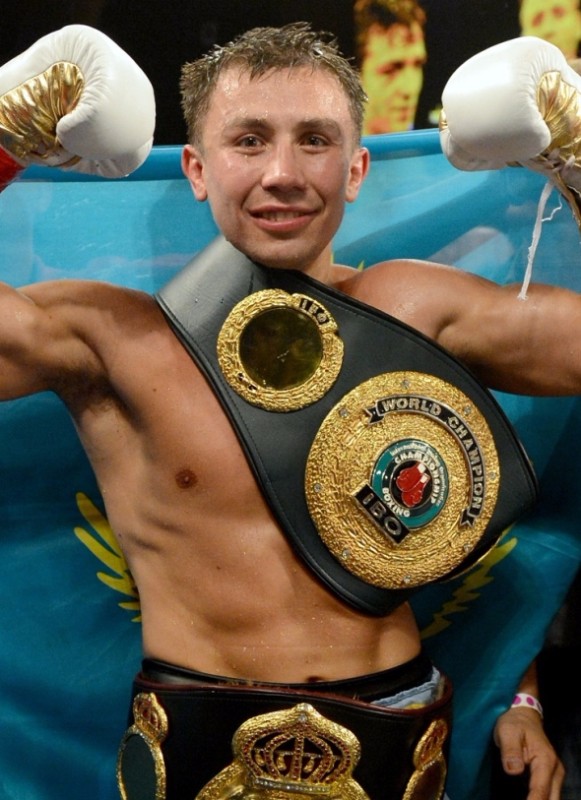 The “Cobra” Carl Froch has ruled out a potential fight against “GGG” Gennady Golovkin at super-middleweight and is happy to remain in retirement.

The former 168lb world champion met up with the current middleweight fast rising star’s promoter Tom Loeffler at the Wladimir Klitschko and Tyson Fury showdown at the ESPRIT arena, over in Germany, last weekend.

The brief encounter included the possibility of Froch and Golovkin getting it on in the ring but at a catchweight scheduled for next year but not only is the Sky Sports pundit “happily retired”, he insists the physical differences between them means the fight is unlikely to be made.

Froch has been quoted as saying “I spoke to Tom Loeffler and we were just chatting about fighting at a catchweight but he didn’t want him [Golovkin] to come near me,”

“He didn’t say anything, he didn’t want to agree to anything – it didn’t even sound like he wanted him to even come up to 168lbs. As soon as that was mentioned he was straight on to talking about fighting Canelo [Alvarez].

“But not only am I enjoying retirement, even though I am still fit, I am not going to get down to 168 at this stage of my life. It wouldn’t be good for my health.”

However, Golovkin and Loeffler have already said the IBF and WBA world middleweight champion is looking for new challenges and would be happy to move up to secure a big fight in the near future.

But the kazakhstani has only weighed in over the 160lbs on the scales at the middleweight limit twice in the last seven years and stands at 5ft 10½in, which is three inches shorter than the man from Nottingham.

Despite the latest rumours it could happen, the ‘Cobra’ insists he will be surprised if an offer is even tabled after the recent talks with Loeffler.

Froch went onto say: “When he took one look at me, shook my hand and looked up at me, I think he thought, ‘Blimey, I didn’t think he was that big!'”

“Look at those pictures with Golovkin and Amir Khan that night [on Twitter]; they are about the same size – and I am massive compared to them both.

“Golovkin hasn’t fought anyone near my size. The last guy [David] Lemieux was probably his biggest but is he going to jump in with someone as big as me, who is proved at world level, and is bigger and stronger?

“Unfortunately for the fans I am retired, I am happily retired and I am staying retired.”