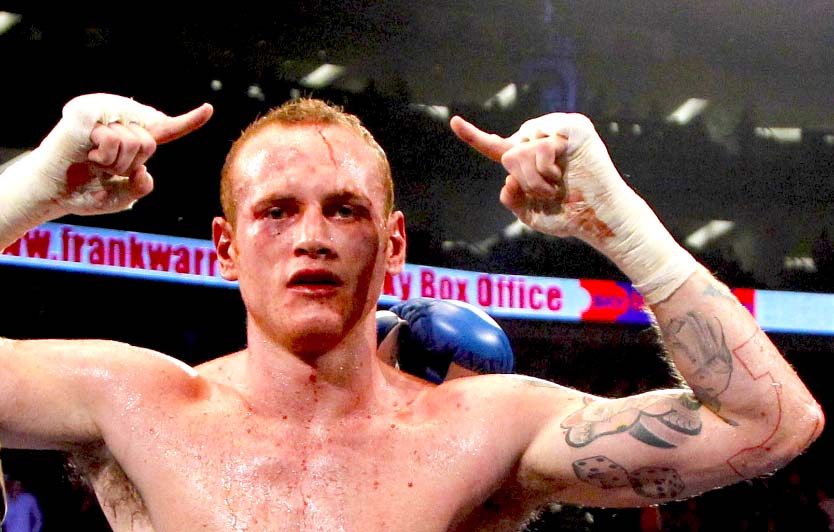 Londoner Groves, 27, will be having his first outing since his loss to Badou Jack in Las Vegas in September in what was ‘The Saint’s’ 3rd attempt at capture a world title. His other defeats came to rival Brit Carl Froch in world title attempts. Groves hits the comeback trail again seeking a 4th assault on world honours after recently signing with German based promoters Sauerland Brothers.

His opponent Di Luisa, 33, booked his appointment with Groves in London in early 2016 after he defeated Gabor Zsalek on Saturday. To get some idea of the class the Italian has fought in and how he has performed when he has stepped up in class, you could look towards his loss in August, when he was stopped in the 4th by former world champion Lucian Bute. He has also suffered defeat to Christopher Rebrasse, who Groves beat last year. And it seems like a relevantly easy return to action for Groves to get back into the swing of things.

Groves is currently ranked No3 by the WBC, and at present the Super-middleweight division is red hot with some massive fights to be made, non more so for Groves but a rematch with now world champion James DeGale who he outpointed in 2011