Boxers of the Past: Lloyd Honeyghan 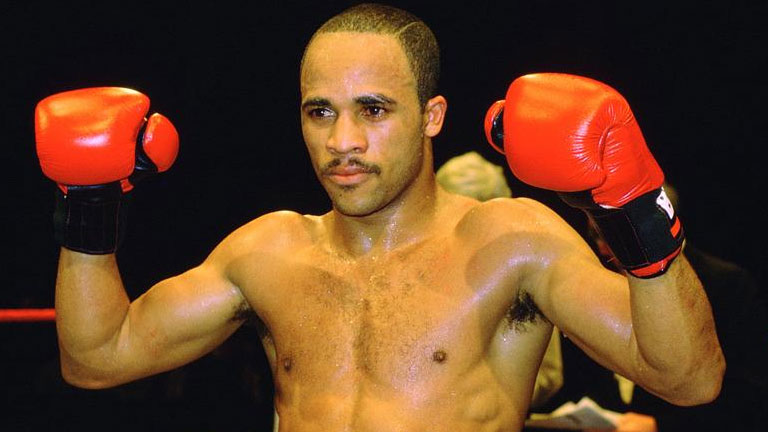 Lloyd Honeyghan, is a retired British fighter that enjoyed a much decorated career spanning fifteen years. He was the WBC, WBA and IBF world welterweight champion from 1986-1987 and the WBC champion from 1988-1989.

The Ragamuffin Man, was born in Jamaica but moved to the UK at the age of nine. He took up amateur boxing on his arrival and went onto represent England.

In 1980, the paid ranks came calling and Honeyghan was guided by Terry Lawless. The early years of his career saw a winning streak of thirteen fights.

Three years later, Honeyghan fought Lloyd Hibbert for the British welterweight title, of which he won. With momentum behind him and an abundance of confidence, he travelled to the States to showcase his talent. His first fight saw him post a win over Kevin Austin and then he challenged Harold Brazier back on home soil, both fights resulting in impressive wins.

Honeyghan’s impressive boxing style made him a household name and to satisfy public demand, he challenged European champion, Gianfranco Rosa in Italy, stopping the Italian in the third round.

At the time, there was another British fighter, Frank Bruno who was also grabbing the headlines and both he and Honeyghan were managed by Terry Lawless however, Honeyghan felt that Lawless was devoting more time to the rising Bruno and decided to part company and sign a contract with Mickey Duff.

There was growing optimism that Honeyghan would go onto challenge for the world title under the watchful guidance of Duff , however there was a fearsome and unbeaten American fighter, Donald Curry, who stood between Honeyghan and the prized belts.

Curry was the undisputed champion and was widely regarded as pound-for-pound, the best fighter in the world and Honeyghan challenged Curry in his own backyard in Atlantic City USA in 1986.

Honeyghan pulled off the impossible and defeated Curry in the sixth round, citing what many to believe, as one of the greatest ever triumphs by a British fighter.

In 1987, Honeyghan lost his belts to Jorge Vaca after a clash of heads but then prevailed in the rematch by knocking out Vaca in three rounds.

Honeyghan made some defences of his title but eventually lost them to Marlon Starling.

The early 1990’s, saw Honeyghan move up to light-middleweight and he racked up six straight victories over rather modest opposition but was still good enough to capture the Commonwealth title.

His last fight in 1995, was against the 1992 Barcelona Olympics Team GB member, Adrian Dodson. Honeyghan was stopped in three rounds and decided to bring down the curtain on a glittering career.

The Ragamuffin Man was a formidable fighter that could change styles with consummate ease but will always be remembered for defeating one of the best fighters from the 1980’s, Don Curry.