After all of the talk and speculation on social media regarding who maybe Joshua’s next opponent, the talk is now over.

Joshua confirmed on Twitter at tonight that he will challenge American, Charles Martin for the IBF title, the belt that was stripped from Tyson Fury after he refused to make a mandatory defence against Vyacheslav Glaskov.

Martin defeated Glazkov for the IBF belt last month and has been calling out Joshua for the last few weeks.

Joshua has kept his millions of fans on tenterhooks over the last 24 hrs, teasing that there would be an announcement tonight. The question on many fans lips is, is this the right move for Joshua and Eddie Hearn?

“Fighting for the Heavyweight World title has been a dream of mine since I turned professional,” said Joshua.

“I feel privileged to have the opportunity to turn that dream in to reality. Not only that, having the chance to fight for it in my home town at The O2 and live on Sky Sports is unbelievably exciting.

“Charles Martin is a great fighter and a hungry competitor so I am going to have to produce the performance of my career to claim that belt.”

Martin who will have his first fight outside the States, is confident he will make a first successful defence of his title and predicts a knockout.

“I told my Team I wanted the best challenger possible for my first defence and Anthony Joshua’s name kept coming up,” said Martin.

“I’m coming to the UK to make a statement that I am the best heavyweight in the world and no-one is taking my title. 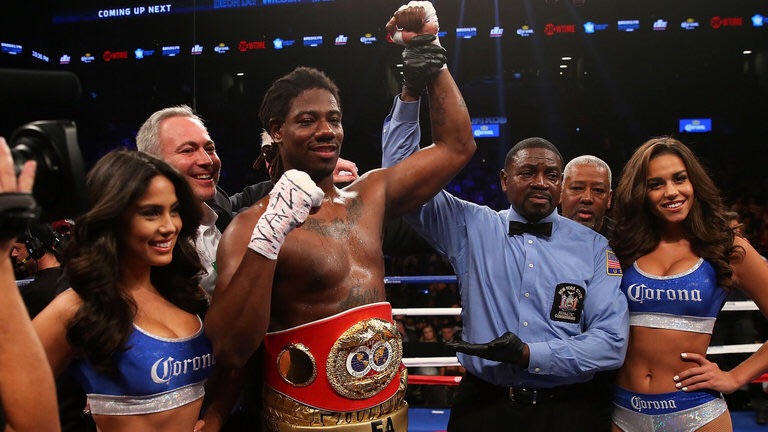 “I’m World Champion, so that doesn’t mean just sit back and make easy defences in the US, it means facing the biggest challenges out there. I respect Anthony Joshua and everything he has accomplished, but on April 9 he’s getting knocked out.”

After the Dillian Whyte win, Joshua answered a lot of questions about himself but also left a few question marks over his current ability, mainly lack of head movement and being vulnerable to the left-hook.

Joshua’s biggest challenge won’t be on the 9th April, but will be based on whether he will still be able to learn his trade in defending his title. Let’s not be naïve here, Martin (24-0-1-21KOs), will be no push over and Joshua will have to show some maturity and take his time against an equally impressive knockout specialist in Martin.

Eddie Hearn is a very astute businessman and I don’t think that he would pair Joshua against Martin unless he was very sure the former would win.

This really is the fight that will catapult Joshua onto the world stage.

I expect Joshua to become our 13th World Champion and be a catalyst for more home grown success, in what is already shaping up to be another fantastic year for British Boxing.