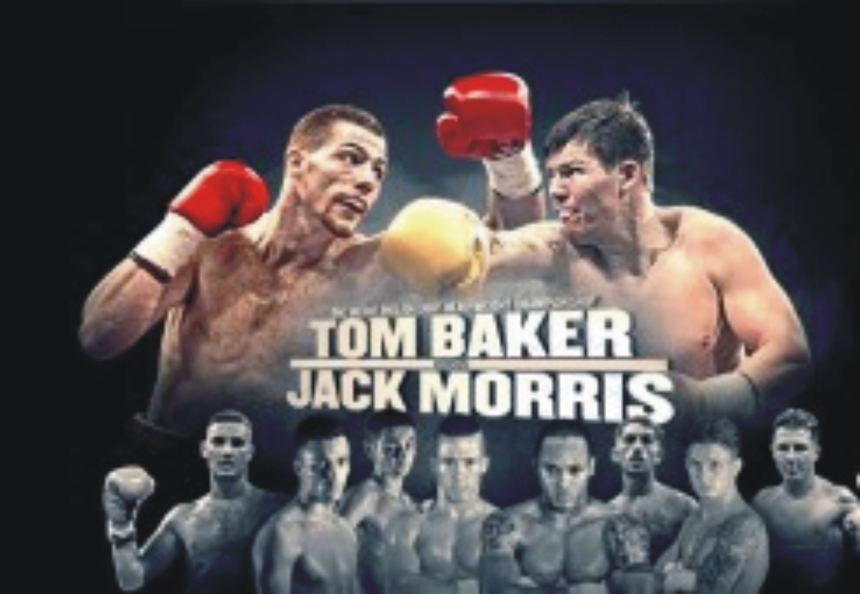 Tom Baker and Jack Morris to clash for English title

Undefeated Tom Baker aims to capture his first title at light-heavyweight when he challenges Jack Morris for the Vacant English crown on Friday 26th March at the York Hall, Bethnal Green.

The Chingford star, a former Southern Area Super-Middleweight Champion, stepped up to 175 pounds in his last fight when he outpointed Darren Cruise over ten rounds in July and is now intent on making his mark in the division starting with Morris.

“Morris has got a decent record and I know he’ll put up a good fight. He’s strong and comes forward which will suit me down to the ground. I feel much more comfortable at light-heavyweight and the confidence is flowing. I fancy stopping him late because he’ll eventually walk onto a big one.” Said Baker.

“This is the start of a big year for me in the division and I’d like to have that British title by the end of the year. Miles Shinkwin and Hosea Burton fight for the British title later this month, it will be interesting to see who emerges the winner, but I’d be comfortable beating either of those,”

“Right now I’m fully focused on Morris and I’m not taking my eye off the ball against him as I’ve seen upsets happen, so I’m taking no chances and making sure I do the business against him.”

Margate warrior Morris, who holds a record of 14 wins, two losses and one draw, has previously challenged for the Southern Area Cruiserweight title when he extended Lawrence Bennett in March 2014, only to lose on the judges scorecards.

Morris said, “As a fighter I respect Tom and his team massively, but they can only go by what they have seen on me and trust me a whole new different fighter will be turning up. Size will play a part and he will either get knocked out or his team will pull him out and save him for another day. For the first time in my boxing career I’m full time training.”

Tickets priced at £40 (Unreserved) and £60 (Reserved) are available from Eventim at www.eventim.co.uk