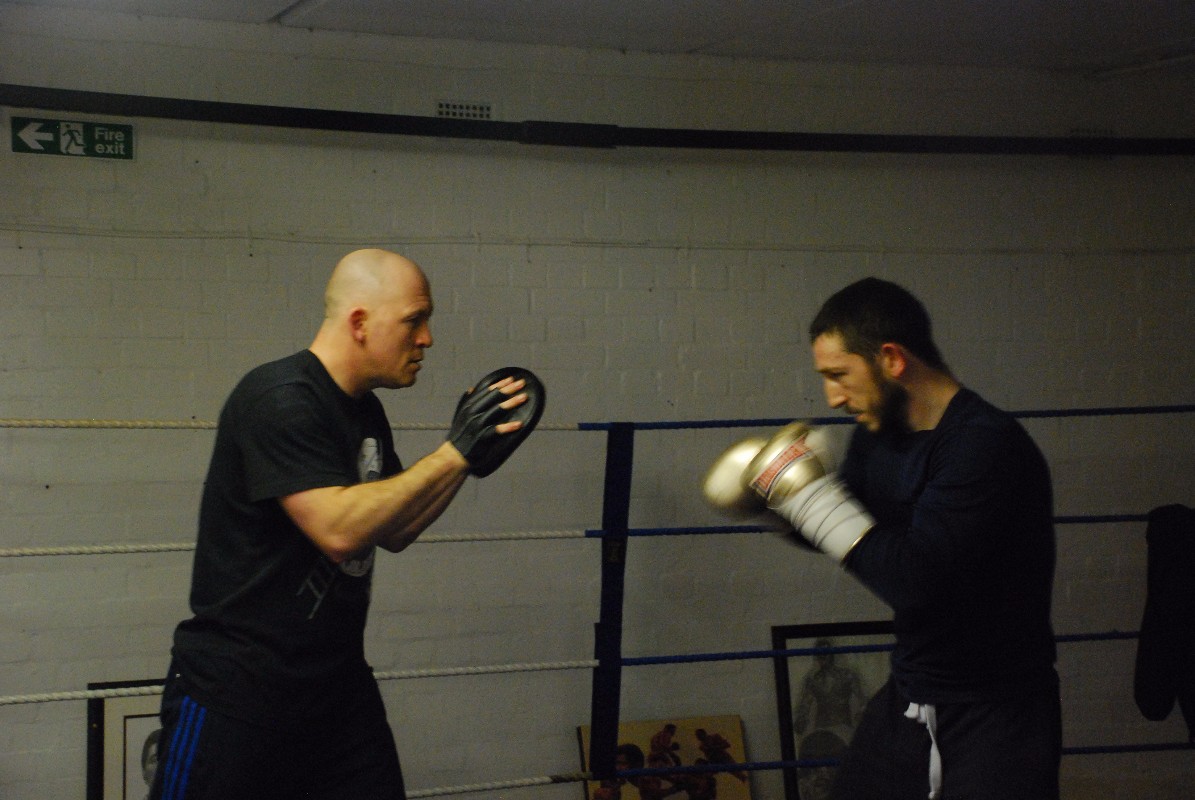 James “Jazza” Dickens reflects on the legacy he wants to leave, boxing critics, twitter beefs and what drives him in the sport ahead of the biggest fight of his career with top ten pound-for-pound superstar Guillermo Rigondeaux.

The fight will take place on the undercard of Mancunian Terry Flanagan’s WBO world lightweight title defence against Scouser Derry Mathews in a North-West derby match-up at the Echo Arena in Liverpool on March 12. Before that though, there are a few more training sessions for Jazza to get in.

The fantastically run Everton Red Triangle Boxing Club is home to the young hopeful; the clapping of leather on leather, sporadic shouts of aggression and rap music the soundtrack of an early morning’s workout. Jazza explains why he took the fight with one of the most avoided fighters on the planet.

“I could have played it safe and fought for the European title, but I’ve took a massive leap in the boxing world’s eyes for what I believe is right. I have a strong belief that playing it safe in life can have a lasting effect on you mentally because you are the one who has to live with it.” said Dickens.

The walls are adorned with pictures of boxing heroes of the past: Muhammad Ali, Mike Tyson and a picture of Sugar Ray Leonard’s visit to the gym hangs in pride of place, almost framed by two punch bags. It is perhaps fitting then that there are just as many pictures of the present batch of contenders coming out of the gym; Ryan Farrag and Kevin Satchell to name a couple, both of whom are fighting on Saturday’s card. James Sr. as he may now be known proud father to newborn son James Jr., spoke of his responsibility to the future generation of the sport.

He said: “I believe that I’m in a great position to inspire a lot of kids who haven’t got much hope in life, who haven’t got many aspirations and believe they’re not worth. They are worth it. They have got a self worth. I want to show them that they can achieve what they want to achieve. “I just want to make people proud. And also I want to show the next generation of kids who come after me – because boxing never dies – that it is possible. And if I can be that man, then that will be my success.”

Jazza knows winning will be tough ask when up against the two-time Olympic gold medalist Rigondeaux, 35. The Cuban’s professional career is just as impressive at 16-0 with notable victories over Ricardo Cordoba, Nanito Donaire and Hisashi Magasa. Yet the 24-year-old believes this fight is as much to do with desire as it is to do with skill, both of which he has in abundance – what drives him in the sport is ever-changing though.

“There has been something different at every stage of my life.” added Dickens.

“I’ve never really understood what pushes me. Maybe it’s a bit of rejection, a bit of resentment, from not having what other kids had as a child. Maybe it’s that, maybe it’s not that.

“Maybe it is love from my parents that drives me. As a little kid my dad he always trained me, he pushed me hard to succeed and he always told me to be a leader. ‘Don’t be a sheep in life, always be a Shepard, don’t be a follower’. So maybe it is that I want to excel in life – I want to be a Shepard.” Dickens is calm, relaxed and well spoken.

A stark contrast to the ferocious animal he has just shown himself to be 10 minutes earlier, firing quick, powerful combinations into the pads of trainer Mick Stevenson as he darts around the ring. There is belief here that an upset is well and truly possible, but in trying to leading the way Jazza has come under some criticism.

“I don’t think much about them people. I think they’ve got their opinion and it’s valid in their life – in my eyes it’s worthless. If I achieve what I want to achieve in my career they will still be saying ‘Do you remember him? Do you remember we said that he could do it?’

“Them people swap and change their opinions all the time. I’ve been true to mine since day one. I’m sticking to the same path that I’ve always been on. So that’s okay for them to have their opinion, I respect their opinion.”

There is also a sense that Jazza is already being overlooked not only by some critics, but perhaps even his opponent who has one eye on a mega-money fight with Carl Frampton who recently beat Scott Quigg and now holds both the WBA and IBF super-bantamweight titles.

#JackalvsJackal, The fight that could be remember forever but is not happening because @RealCFrampton is too scare pic.twitter.com/WmY4b8waQs