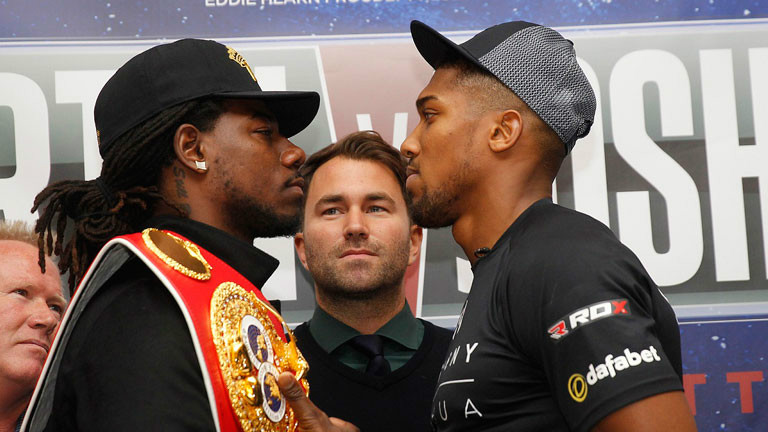 Anthony Joshua takes on the biggest challenge of his 15 fight pro career on Saturday night in London, when he challenges IBF world heavyweight champion Charles Martin for his title. And although Joshua knows he is in for a battle to stand a chance of winning, he doesn’t believe it will be his hardest fight to date.

Joshua says his toughest fight was his last against UK rival Dillian Whyte in December and doesn’t think world American champ Martin will pose the same  threat the hungry Whyte did and says he expects a controlled fight from the counter punching southpaw champion.

“He’s not my toughest opponent yet. But, then it might be a different story come April 9. Right now looking at Charles, he’s a very (good) counter puncher. He’s laid back. He doesn’t work the full round. So, it should be a nice controlled fight.

“So, I don’t think it’ll be like the Dillian Whyte fight. That was a tough fight. We work. We’re both hungry. The guy was very strong to the head.

“That was a tough fight for sure. So, I don’t think Charles will impose those kind of threats that Dillian did.”