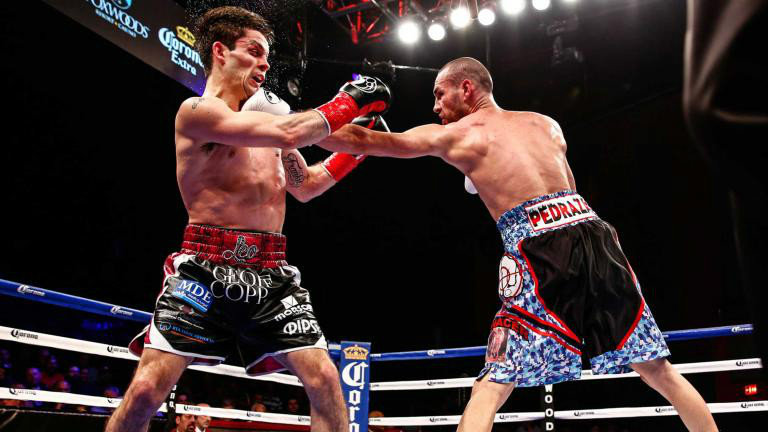 Smith comes up short against Pedraza

Smith, 30, was always in the contest and worked hard to push the champion and going into the 9th round the fight looked poised and there for the taking, but a knockdown for Pedraza (23-2, 13 KOs) in the round turned the contest in his favour and the Puerto Rican title holder boxed well to see out the fight all in his favour.

Swify’s three boxing brothers, Paul, Liam and Callum were at ringside to cheer him on as Stephen looked to join Liam as a second reigning world champion in the family and Britain’s 13th.

This was only the second defeat for Smith in his 25-fight career, the first coming against current world featherweight king Lee Selby in 2011.

Smith (22-0, 16 KOs) put in a good performance and you cannot fault his effort but Pedraza is a champion on the rise and didn’t look like he was in any way ready to let his world title go. Puerto Rican Native Pedraza, looks like a boxer who will get better and better.

Smith came up short against a determined champion away from home but did himself justice and can re-group and come back better for the experience, a world title is still not beyond Smith in the future.