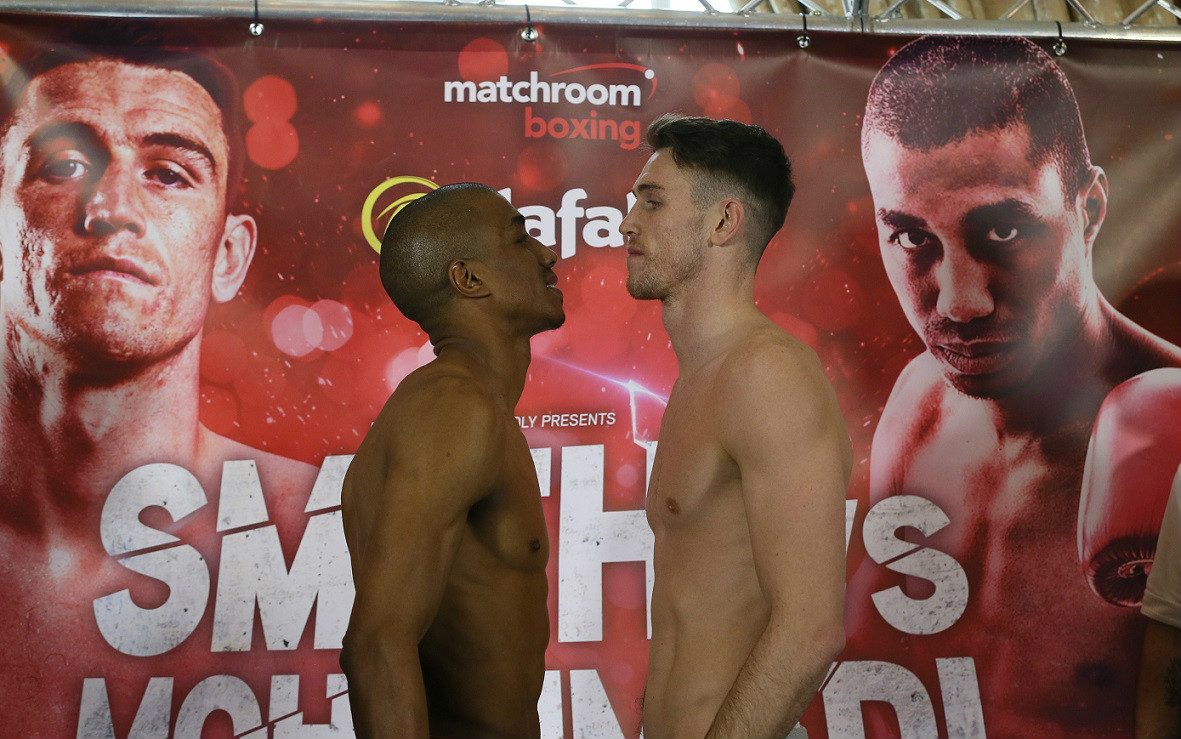 CALLUM SMITH: I CAN DIG DEEP IF I NEED TO

Callum Smith says he is prepared to dig deep and guts out a win if he needs to when he meets European champion Hadillah Mohoumadi in a final eliminator for the WBC World Super-Middleweight title at the Echo Arena in Liverpool tonight (April 2), live on Sky Sports.

Smith has raced to being one-step away from a World title shot at just 25 years of age, with 13 of his 18 wins coming inside the distance, and the unbeaten Liverpool star dominated the 12-round fights with Christopher Rebrasse and Nikola Sjekloca.

‘Mundo’ says that his ability has stopped him from having to dig deep to get his victories so far, but he’s more than happy to bite down on his gumshield if it means he lands a World title shot. 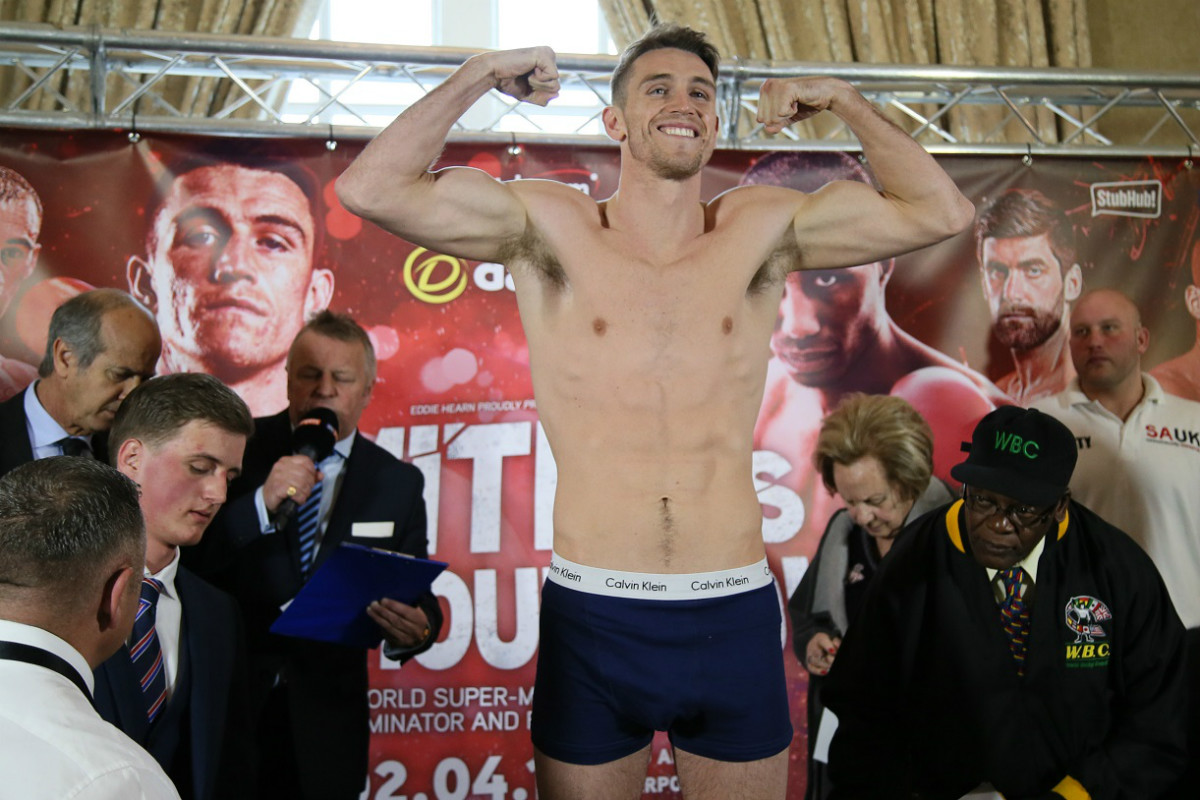 “Looking at his style I think he will try to put it on me and it is my job to stop him from doing that,” said Smith, who came in heavier than the Frenchman, 11st 13lbs 8oz for Smith to Mohoumadi’s 11st 10lbs 7oz. “If he does do that I’m always confident I can deal with it and fight on the inside and dig in when I have to.

“I haven’t really had to show that yet which I think is credit to myself, but if it is a tough night then I think I can stand and tough it out and I will win whatever way possible. But hopefully it will be a lot easier than people are expecting.

“Joe Gallagher has watched a lot more of him then I have. I have watch bits of his fights of him and I have seen his fights against James DeGale and Nikola Sjekloca. I think he is improved a lot over recent years since those fights; he has changed trainer, changed promoter and is on a good run of form.

“I have to expect the best possible version of him and I think even though he lost to DeGale he gave James a tough night and he made him work for three minutes of every round. He looks heavy handed so I can’t afford to underestimate him and I will expect a tough night and I have trained that way.” 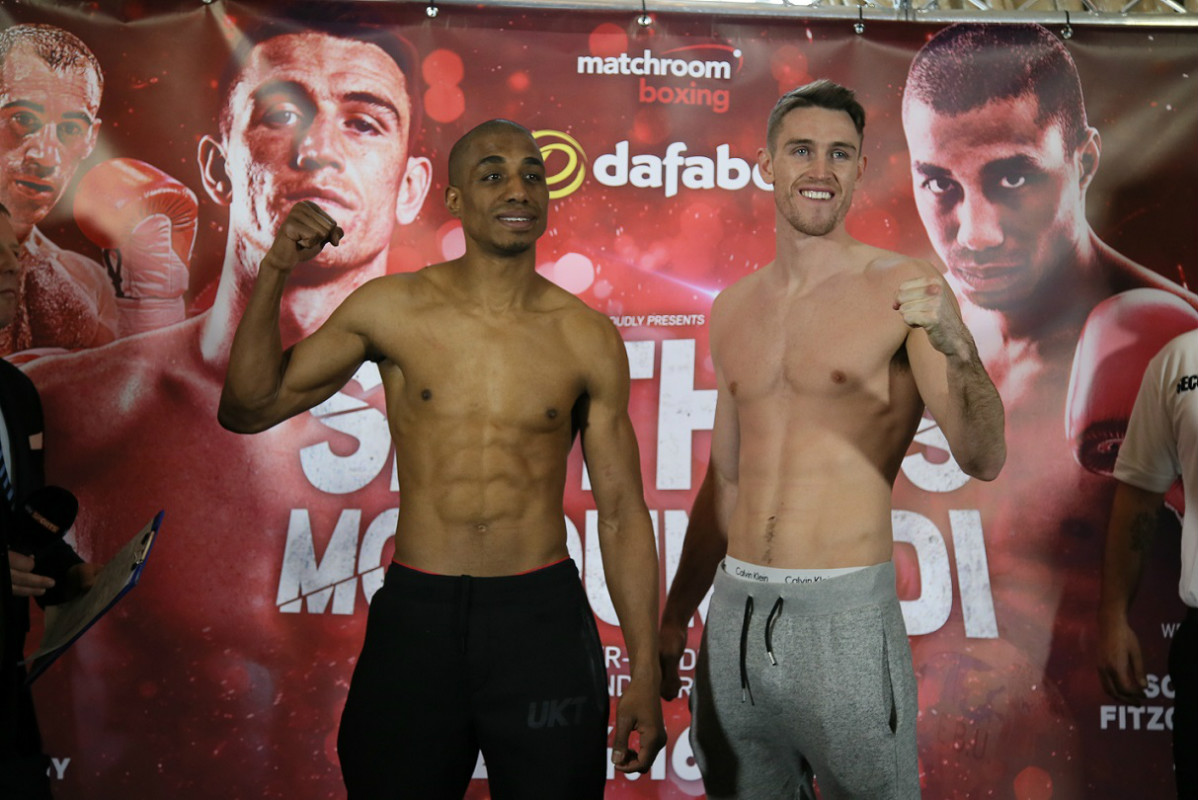 Smith’s clash with Mohoumadi is part of a huge night of action as Rocky Fielding aims to bounce back from his loss to Smith with a tough fight against Rebrasse.

There’s a pair of tasty rematches on the bill as Scotty Cardle and Sean ‘Masher’ Dodd clash again for Cardle’s British Lightweight title, while Luke Keeler looks for revenge against Tom Doran with the WBC International Middleweight title up for grabs.

Running order (subject to change) and weights (where available)

Live on Sky Sports 1 from 8pm