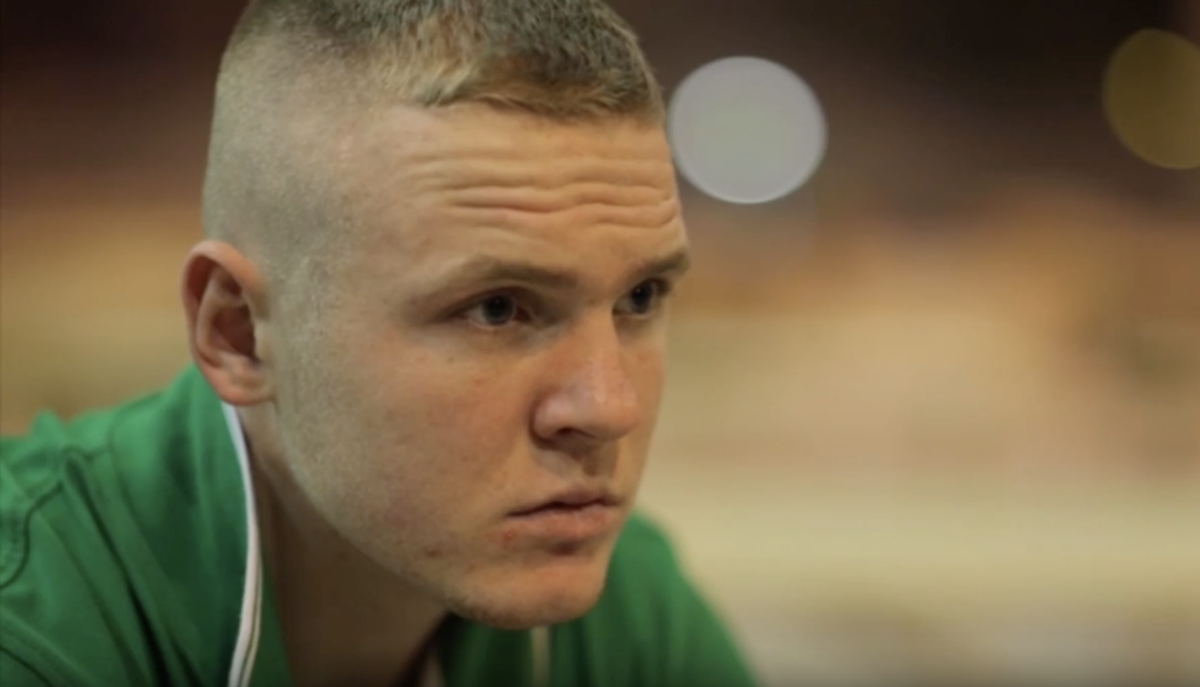 This documentary was made by filmmaker Mark Leung and follows boxer Kieran Farrell as he recovers from a career ending injury sustained in a fight with Anthony Crolla. We helped Mark with certain aspects of the production and are very proud of the outcome of this film and how Mark has put it together.

On the 7th of December 2012 Kieran Farrell took on fellow Mancunian Anthony Crolla in a fight for the vacant English lightweight title.

The fight lived up to all the expectations and both boxers fought toe to toe at a relentless pace for 12 gruelling rounds producing British boxing’s fight of 2012. – Fight Report

Farrell lost the contest on points, but before the result was announced, he collapsed in the ring and was taken out on a stretcher and rushed to hospital.

An MRI scan confirmed that Kieran had suffered a bleed on the brain. Kieran lived to tell the tale and has made a dramatic recovery but his boxing career was over.

Farrell leaves professional boxing with an impressive 14-1 ledger, his Central Area title victory against Derby’s Joe Elfidh and his gruelling English title battle with Crolla will stand out as the highlights of a short career which surely was destined for bigger things. Despite having many more wonderful nights cruelly taken away from him, Farrell maintains a proud stance when discussing his career.

“First and foremost, I’m a boxing fan and I love watching great fights. When I look back at fights from my career, I see a fighter who is always trying to please the fans with an exciting style. I was always walking forward, always letting my hands go and always fighting back when I was under pressure.

“I had the pleasure of being in some great fights with some great fighters and I never give less than 100% no matter what. I really hope I made an impression on people and that they had a good time whenever they watched me fight.”

Fast forward to 2016 and Kieran has now built his gym up and is training a host of upcoming talented amateurs and professional boxers. He has also recently acquired his managers licence and his promoters licence and is relaxing in his new found vocation. If he is anywhere near has committed to his new roles as he was a boxer, he will go a long way.