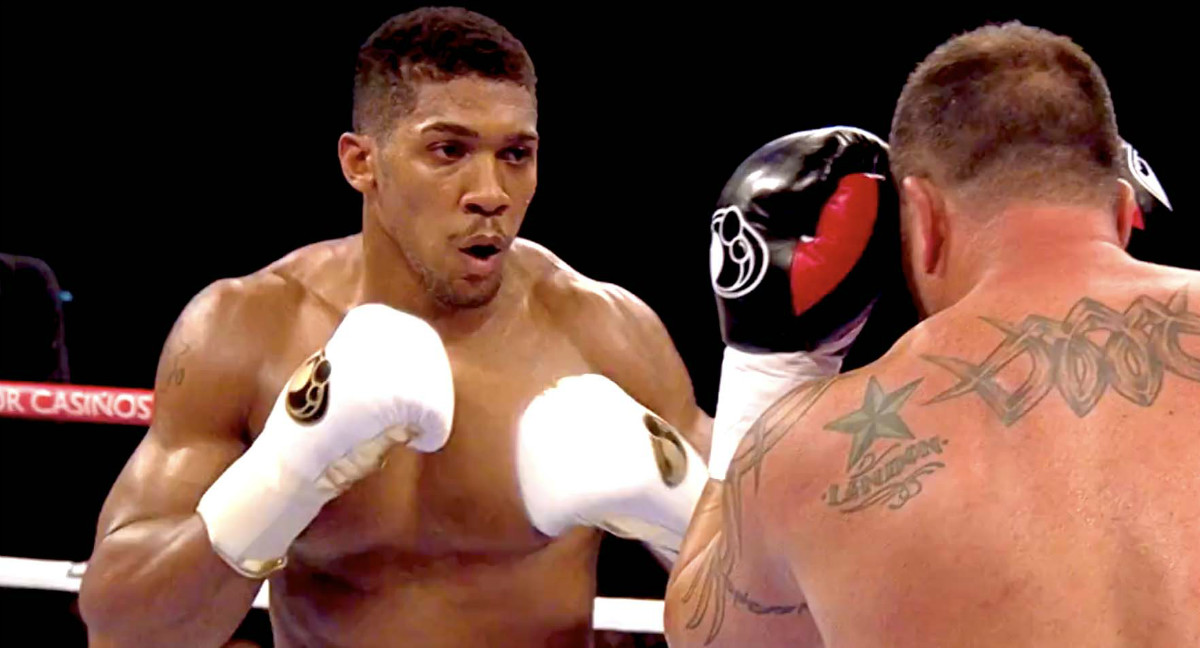 Anthony Joshua’s popularity is at an all time high in the UK. If it couldn’t have got any bigger after his 2012 Olympic gold medal win, in that summer of British joy, it did, when he claimed the IBF world heavyweight title in April, knocking out Charles Martin in the 2nd round. That popularity is now set to be raised up a notch as he looks to crack the American boxing market.

The Watford fighter and his team are now focused on taking the AJ brand further a field and today revealed the heavyweight has signed a a multi-fight licensing agreement with Showtime Networks Inc., who will become the exclusive U.S. television partner of undefeated Brit.

The announcement was made today at the Hilton Syon Park outside London by Stephen Espinoza, Executive Vice President and General Manager, SHOWTIME Sports and Eddie Hearn, President of Matchroom Sports.

WBA world heavyweight belt holder Deontay Wilder is the man carrying the American heavyweight banner at the moment. After going years without an heavyweight to brag about, and the Klitschko’s monopolising the crowns, it seems our cousins across the pond are starting to get the boxing bug back again, and like what they are seeing here in the UK and the emergence of our world champions and the buzz surrounding the sport.

The Americans are very interested in Joshua and having him fight on the popular US channel will only increase his marketability and his popularity. The first fight for Joshua in the agreement, will be on June 25 when he makes the first defence of his IBF belt against undefeated American challenger Dominic Breazeale (record: 17-0, 15 KOs) at The O2, an arena that has become Joshua’s (record: 16-0, 16KOs) and where he won his world title.

Joshua vs Breazeale will air live on Showtime late afternoon in the US, which will kick off a a big day for boxing and the network, as later that evening on CBS, SHOWTIME will present the first live primetime boxing event on the CBS Television Network in nearly 40 years.

The 30-year-old Breazeale (17-0, 15 KOs) has knocked out nearly 90 percent of his opponents since turning professional after representing the United States at the 2012 Olympics.  Standing at 6’ 7″ the Los Angeles challenger stands one inch taller than the 6’ 6” Joshua. – Breazeale, a former NCAA football quarterback is coming off a career-best victory of previously once-beaten Amir Mansour in January.

Breazeale is not expected to pose a serious threat to Joshua’s title, despite winning all 17 of his fights. But Joshua, who is in a great insisted he would not underestimate his latest challenger: “I know there are a lot of positive things at the minute but you are only good when you are winning.”

“Every fight could be your last so I am not letting this go to my head. Just keep rolling and make the most of my time while I am here.

“Breazeale and me have been in the game the same time so it is a very difficult fight. He is my fourth unbeaten opponent. The best man will always come out on top. May the best man win.

“It would be the biggest mistake to take him lightly. I am far from dropping the ball.

Breazeale, who has stopped 15 of his 17 opponents, promised to take Joshua into a, “dog fight.”