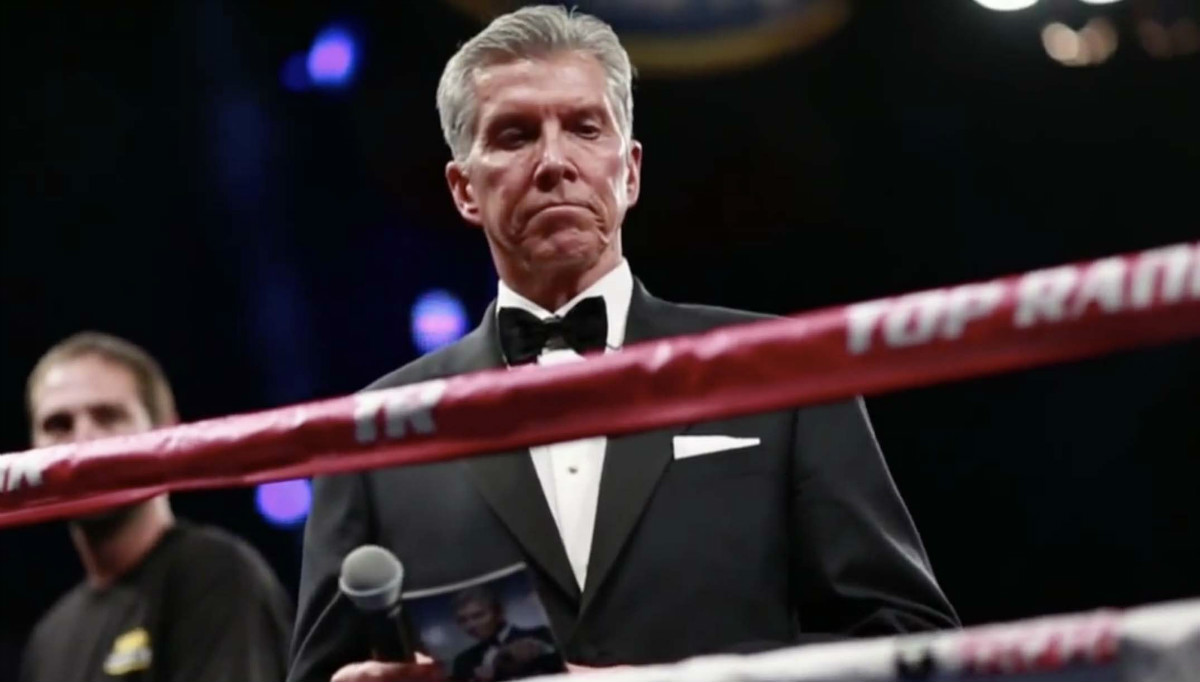 Michael Buffer is in Britain to introduce Ricky Burns and Tony Bellew into the ring as they look to land World titles on an historic weekend of boxing live on Sky Sports.

The Hall of Fame MC will be doing plenty of travelling as he hits Glasgow first on Friday to do the weigh-in for Burns’ clash with Michele Di Rocco for the vacant WBA World Super-Lightweight title as ‘The Rickster’ aims to become Scotland’s first ever three-weight World champion.

Buffer will then head to Liverpool on Saturday for the weigh-in for Bellew’s WBC World Cruiserweight title clash with Congo KO star Ilunga Makabu – before making a mad dash to Glasgow to call Burns into the ring.

Buffer’s weekend concludes under the floodlights at Goodison Park in Liverpool as Bellew aims to land a World title at the third attempt at the home of his beloved Everton FC, and the man on the mic cannot wait for the mad weekend of brilliant boxing to commence.

“There’s such a run of great matches out there in the UK,” said Buffer. “I’m flying to Scotland for the Ricky Burns fight and the very next day will be in Liverpool for Tony Bellew’s Cruiserweight title challenge – and I am at both weigh-ins too! It’s going to be crazy and I can’t wait.

“The UK fans are outstanding in their passion and knowledge for the sport and I’ve developed a good relationship with Eddie Hearn and Frank Smith (Head of Boxing Operations).

“Bellew gets his chance for life to imitate art. Tony and I are good friends. I first met Tony in Montreal when he was starving himself at Light-Heavyweight for his fight with Adonis Stevenson. It’s a difficult fight for Tony, but if he continues the form he’s shown recently he can become champion.”

Burns’ shot at history against Di Rocco is part of a huge night of action in Glasgow as Tyrone Nurse heads into the Lion’s den to defend his British Super-Lightweight title against local favourite Willie Limond and Newcastle’s Jon Lewis Dickinson meets Belfast’s Tommy McCarthy in an eliminator for the British Cruiserweight Title.