Benn to appear on Brook and Crolla bills in September 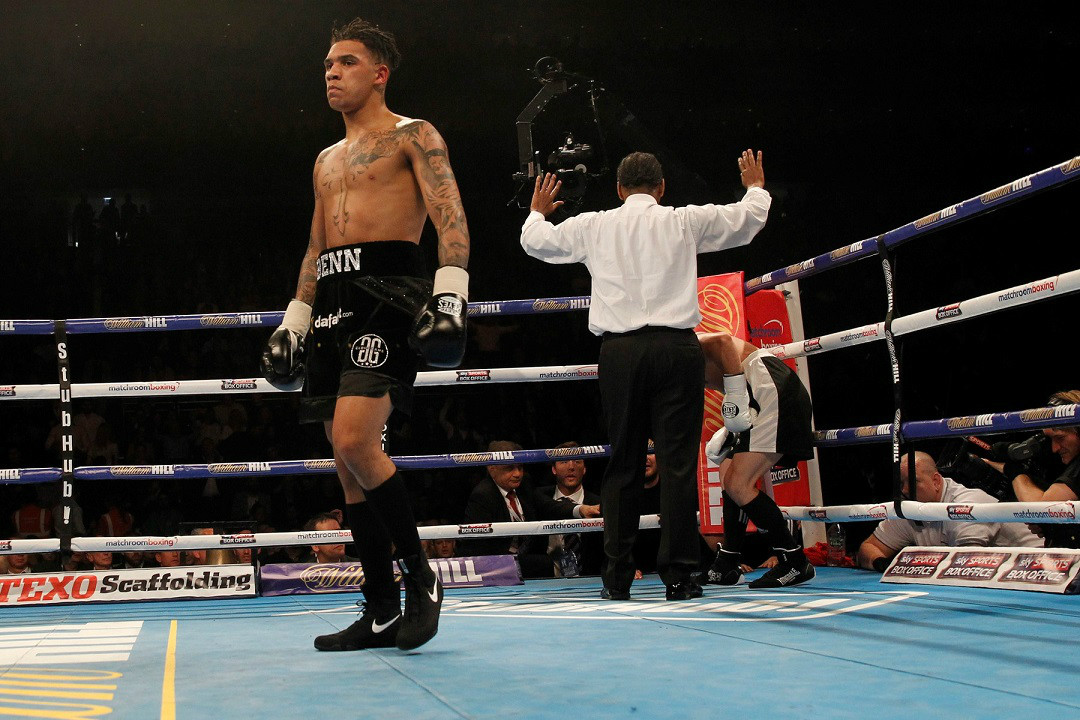 Conor Benn will be back in action in September when he appears on two huge World title unification bills – Gennady Golovkin vs. Kell Brook at The O2 in London on September 10 and Anthony Crolla vs. Jorge Linares at the Manchester Arena on September 24.

Benn has made an impressive start to life in the paid ranks, making his debut at The O2 in April with a first round KO and added a second first round win in June at the same venue after going the four round distance with Luke Keleher in Glasgow in May.

The 19 year old’s appearances on Brook and Crolla’s special nights will make it five blockbuster World title nights that Benn has appeared on, but the son of British being legend Nigel insists he’s not looking at fighting for titles himself but concentrating on learning his craft.

“It’s brilliant being on these huge shows but I’m not complacent,” said Benn. “I know I have a lot to learn and a lot of improving to do. I want to have four more fights before the end of the year and then seven in 2017 – after that, I’ll be ready to start challenging for titles.

“I’m learning every day in the gym and being on the big shows and seeing how these top fighters like Anthony Joshua, Ricky Burns, Kell Brook and Anthony Crolla go about their business is invaluable to me.”

Benn’s outing in Manchester is part of a huge night of action as Crolla and Linares lock horns in a mouth-watering unification battle for the WBA and WBC Diamond World and Ring Magazine Lightweight Championships, with Isaac Lowe defending his Commonwealth Featherweight title against Tshifhiwa Munyai.