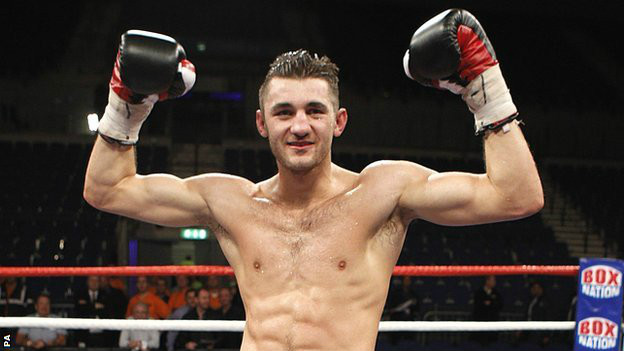 The fight has been a long time coming with the pair originally slated to meet in 2011 at the O2 in London before an eye injury forced Braehmer to withdraw. Four years later, the fighters were again close to sharing a ring but talks broke down with Cleverly opting to fight in America instead.

Braehmer, who returns following a one-sided points victory over domestic foe Eduard Gutknecht, will now be aiming for a seventh successive defence of his WBA World title against Welsh rival Cleverly, the former WBO World Champion, who announced his return to the light heavyweight division with a 2015 ‘Fight of the Year’ contender versus Andrzej Fonfara.

“In boxing you can never say never,” said the defending champion. “This is a fight the fans have wanted to see for a long time and I’m happy it’s finally happening. I look forward to meeting Nathan Cleverly in the ring at the Jahnsportforum and proving once and for all who is the better boxer.

“Cleverly is a good fighter. He is a former World Champion and I believe he is still one of the best light heavyweights in the world. He has a very exciting offensive style, which I’m sure will make for a great match-up. I will be expecting a tough fight, but with the support of the fans in Neubrandenburg, I’m confident I will win.”

“This fight has been destined to happen and I can’t wait now,” said Cleverly. “It’s finally here – Juergen and I will finally go to battle and I’m looking forward to the challenge.

“I’ve had a good recovery period and rest since the Fonfara fight and I feel fantastic. I’ve had a few niggles and injuries over the last couple of fights but I’ve recovered from them. I’m invigorated and I’m ready to strike again on the World scene and become a two-time World champion.

“Juergen is a great champion and an underrated one. He’s a puncher that has pedigree in the pros and all the way back to the amateurs, he’s a proper professional and a credit to the game. It’s like the old dog fighting the young dog, experience versus youth, but I’m 29 and I have a bagful of experience of my own and I know what I have to do – I am going into the champions backyard and I need to rip the title off him, and that’s what I intend to do.”

“We’re delighted to have finally made this fight between the WBA World Champion Juergen Braehmer and former WBO World Champion Nathan Cleverly,” said promoter Kalle Sauerland. “This is a fight people have been talking about for the last five years, and I’m sure it will live up to everybody’s expectations. Fans should prepare for an explosive fight and a great night of action in Neubrandenburg.”

“I’m delighted to deliver a World title shot for Nathan in a fight that has been many years in the making,” said Cleverly’s promoter Eddie Hearn. “After his fight of the year contender with Fonfara we have been looking at the big fights only and Braehmer was always the target, it’s a fight that Nathan fancies and has wanted for a long time – I believe that on October 1, Britain will have ANOTHER World champion.”