Coyle excited to be fighting for the British title against Nurse 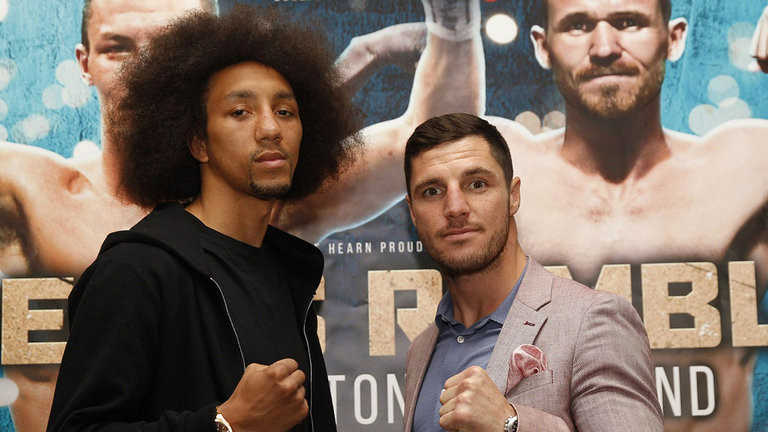 Tommy Coyle says he will make history in by becoming the first British champion from Hull when he challenges Tyrone Nurse for the Super-Lightweight title at the First Direct Arena in Leeds on July 30, live on Sky Sports.

Coyle clash with old amateur foe Nurse is his second fight at 140lbs having made the move from Lightweight in May over six rounds in Manchester.

The 26 year old had some memorable moments at 135lbs with his epic fight of the year clash with Daniel Brizuela, brutal second round KO win over Michael Katsidis and stadium showdown with Hull rival Luke Campbell MBE, but Coyle is happy that his first shot at the Lord Lonsdale belt is at a weight that he feels suits him best.

“I feel brilliant at Super-Lightweight,” said Coyle. “I’ve been 9st 9lbs since I was 16 years old. When Tyrone and I boxed as amateurs I was 9st 9lbs then and that was ten years ago. That extra five pounds on fight night is going to be a huge difference, I don’t have to take it off in the last week so I think I will be a completely different animal at the weight and you’ll see the difference in the fight.

“It’s the prettiest belt out there and it’s every young fighters dream to fight for the British belt. It holds a lot of credibility and I’m really excited to be fighting for it, so I’ll be leaving everything in the ring on July 30.

“This is for my little boy – I want him to be able to say that his Dad was British champion. I’ve been in some great fights, exciting fights and memorable fights, but I want that silverware to show for it and Hull has never had a British champion so it would be nice to be a part of history and become the first. There’s lots to play for and I am in a good place.”

Nurse’s clash with Coyle is part of a huge night of action in Leeds as Josh Warrington defends his WBC International Featherweight title against Patrick Hyland.