Joshua returns in November: “We’re going for knockouts that’s what I stand by now.” 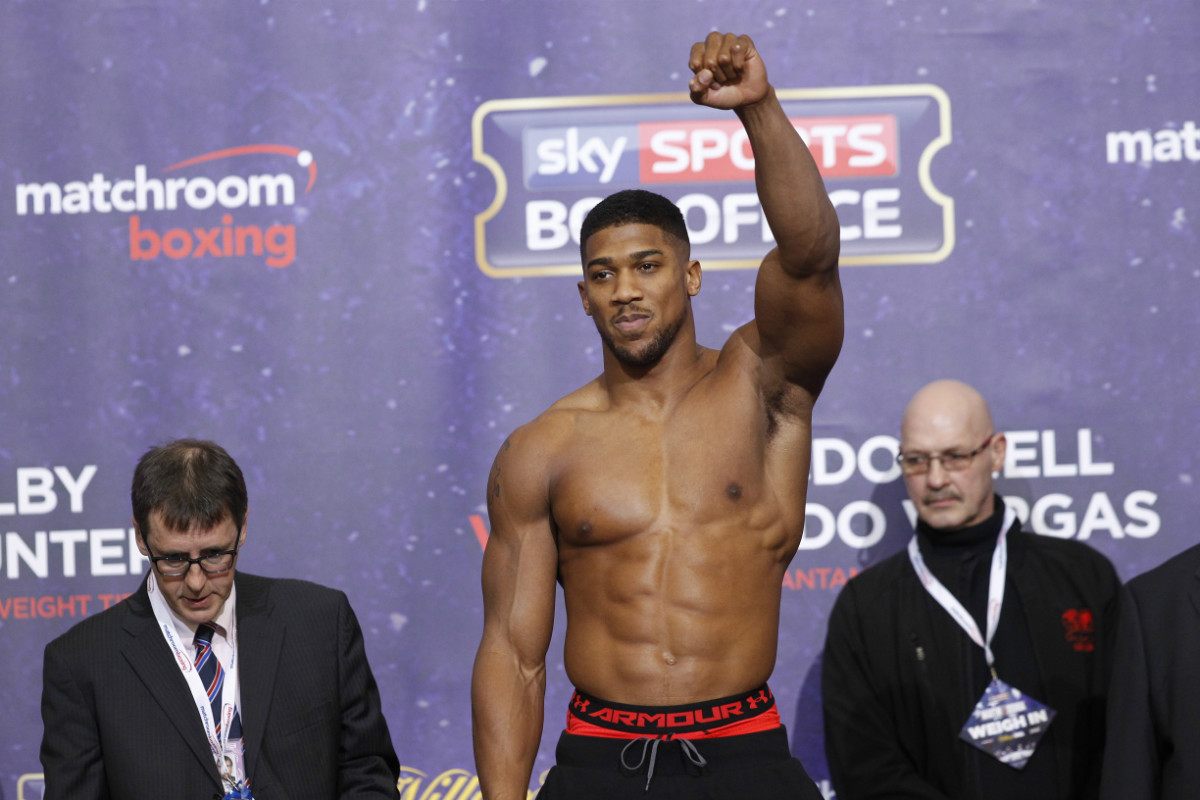 IBF world heavyweight title holder Anthony Joshua will take his show on the road when he defends his belt on November 26th, but the venue and opponent is yet to be confirmed.

Joshua’s last five fights have taken place at the O2 Arena in the UK capital, although he has made appearances in Glasgow, Cardiff, Sheffield, Manchester, Liverpool, Newcastle and Birmingham during his 17 unbeaten pro fights, The O2 has become the spiritual home of the 26-year-old champion from Watford.

Joshua who is currently in Rio supporting the GB Boxing squad and working for the BBC at the Olympics, revealed his next fight date while watching friend Joe Joyce claim silver in the super-heavyweight final, the same one he himself fought in and won gold four years ago in London.

Joshua also heaped praise on Nicola Adams and Joshua Buatsi who claimed medals at the Brazil games and all the boxers who represented GB, but he was visably upset and shocked that Joyce wasn’t given the nod and the gold medal in his final on Sunday evening. He then later confirmed his November return and promised to comeback with a knockout after witnessing the controversial scoring at the games.

“I can take so much inspiration away from here,” Joshua told BBC Sport. “I am waiting for my coach to come back to me and tell me who I am going to be competing against but I know for sure it isn’t going to be a points decision, we’re going for knockouts. That’s what I stand by now and walking away from here so whoever it is I’m looking forward to putting on a great display of boxing.”

Later his promoter Eddie Hearn confirmed the news to Sky Sports “November 26th is the date for your diary. We are changing city. The opponent and venue will be confirmed in the next few weeks.”

Possible opponents for his next fight include; Mandatory challenger Joseph Parker, also Kubrat Pulev and Germane Stiverne have been mentioned, plus recently, former British champion David Price threw his hat into the ring to face Joshua, when he revealed he had dropped the world champion in sparring a few years back when he was British champion and Joshua a rising amateur.

Who should Joshua fight next? @britishboxers