Pay-Per-View Should Be Handled With Care 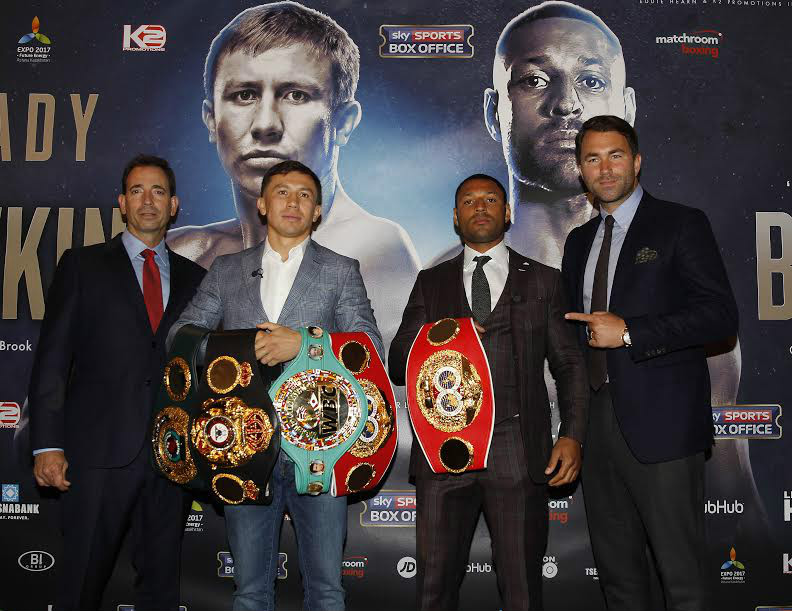 The check weigh-ins are done and Kell Brook is a step closer to locking horns with Gennady Golovkin. But just why is it that ‘The Special’ one has had to climb two weight divisions just to find a big lucrative fight?

After Amir Khan’s brutal KO, in his ill advised move up to Middleweight, to take on Saul ‘Canelo’ Alvarez, Barry Hearn talking to Sky Sports called for the former silver medallist to retire while his son Eddie said that he felt sorry for Khan after what was too great a task for too small a man. Therefore it was something of a shock to the boxing world when Matchroom decided to pit their welterweight champion, in a seemingly even greater mismatch, against Gennady Golovkin.

So what brought about this snap decision to make such a dangerous fight? The answer is that pay-per-view (PPV) may bring huge rewards but that it also demands fighters and promoters alike to take greater risks.

Ever since Froch vs. Groves II managed to garner 900,000 PPV buys Sky appear to have been pressuring Hearn to produce more and more PPV worthy cards. Unfortunately boxing does not always play ball when it comes to the best-laid plans of the men who map out a fighter’s career. Amir Khan refused to give Eddie Hearn the Brook vs. Khan fight he so desired, Carl Froch retired, Scott Quigg had his jaw broken which scuppered a Frampton rematch, and Chris Eubank Jnr not agreeing to fighting Golovkin was the final straw. Hearn was left with one genuine PPV worthy fighter in the form of Anthony Joshua and he isn’t due to fight again until November. Suddenly Hearn faced a summer of no PPV money and had to scramble. In one of his most recent IFLTV interviews he openly stated that he offered the fight to Brook in the hope that he would take the date and dig his promoter out of a hole. Hearn’s exact words were, “I was really pissed off that I’d put all this work in only to lose the opportunity to bring this fighter (Golovkin) to the UK.” He then said that he told Brook, “Looking at the money for this Golovkin fight it’s a shame that you won’t fight him.” Being a fighter, Brook of course accepted.

It must be questioned whether the fulfilling of a PPV television date is truly in the best interests of Kell Brook despite him being paid handsomely. However, there are also other reasons for this abrupt decision to cash-in rather than seeking a more rational fight deal.

Having already lost control over the likes of Lee Selby and James DeGale to Al Haymon, Hearn is becoming more and more reluctant to allow his star fighters to compete Stateside. He’s also aware that his PPV model only really works for a fight staged in the UK. All of these factors mean that Brook has been inadvertently forced to take a fight where he will find himself a huge underdog.

So, what were the other options that were shelved in favour of the Golovkin deal? The scuppered unification fight against Jesse Vargas would have been ideal for the Sheffield man, as would a trip across the pond to face Keith Thurman. Even a smaller jump up to Light Middleweight would have made more boxing sense.

The sight of Amir Khan being brutally knocked unconscious is still fresh in the minds of many boxing fans. That night could easily have been a tragic one and although there is historical precedence for fighters moving up two weight classes and being successful, in the opinion of this writer, it should not be actively encouraged. After all, weight classes exist for a reason.