BUTLER: “I BELIEVE ALL OF THE BANTAMWEIGHT WORLD TITLE HOLDERS ARE THERE FOR THE BEATING!” 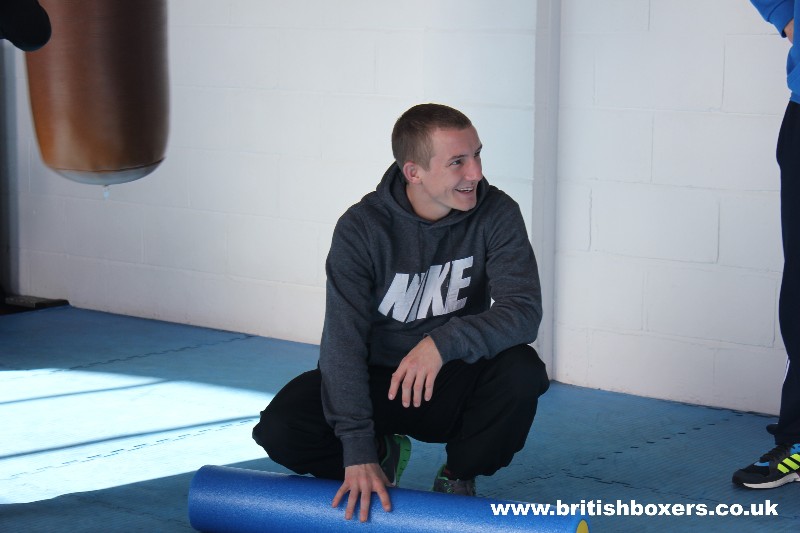 Ellesmere Port star Paul Butler makes his highly-anticipated ring return when he fights over ten rounds against an opponent to be confirmed on the action-packed Motorpoint Arena Cardiff show on Saturday 22 October, live and exclusive on BoxNation.

Butler, 21-1 12 KO’s, recently teamed up with Ring Magazine Trainer of the Year Joe Gallagher at Gallagher’s Gym in Bolton alongside Queensberry Promotions stable mate Liam ‘Beefy’ Smith. The naturally gifted Butler is confident he can win another world title at Bantamweight and is patiently waiting in the wings for his next opportunity.

“I’m really looking forward to working alongside Joe,” said Butler. “We’ve already been working on a few little things in the gym that will improve me. He’s a great professional and has watched all of my previous fights to pinpoint areas in which I can improve.

“Just being around the lads in the gym and seeing the big fights that they’re involved in is good to be around and it gives you a real push. I’ve known most of the guys in the gym since I was an amateur. Working alongside them and watching them train is good, you pick up new things such as different shot selections every day.”

‘The Baby-Faced Assassin’ was last in the ring in March when he stopped Mexico’s Sebastain Sanchez in nine to pick up the vacant WBO International Super-Flyweight title. Now the former IBF World Bantamweight Champion is looking forward to stepping out under the bright lights again.

“It has been a frustrating few months for me but that’s boxing for you. I’m buzzing to get back out and I can’t wait to get back in there and put a show on and push on towards another world title at bantamweight. I believe all of the Bantamweight world title holders are there for the beating; especially Haskins.

“I’m just eager to get out there, get a win and push on for another world title. I’d box for a world title on the 22nd October if I was given the opportunity. I don’t get ring rust or anything like that. I believe I’ll have one or two fights and then I’ll be back in there for a world title fight.”

Top of the bill sees Welsh hero Liam Williams make the second defence of his British Super-Welterweight belt against undefeated mandatory London challenger Ahmet Patterson in another potential fight of the year contender.