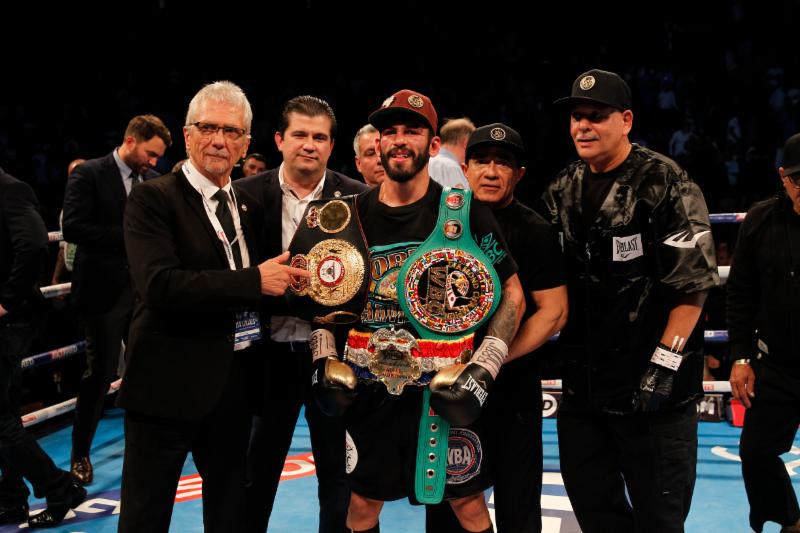 SAN DIEGO, CALIF.– Jorge Linares won a twelve round unanimous decision over Anthony Crolla to win the WBA/Ring Magazine and retain his WBC Diamond Lightweight titles at the Manchester Arena in Manchester, England.

The bout, which took place this past Saturday, headlined a card that was broadcasted live all over the United States on AWE- A Wealth of Entertainment and streamed on www.klowdtv.com.

“The fight lived up to expectations and was a terrific contest,”said Charles Herring, President of AWE-A Wealth of Entertainment.

“This is another in the long line of great fights that have come to the network and we should be announcing some more great fights real soon.”

“We were ecstatic and extremely happy about the response we had for this fight,”said Chris Schickedanz, KlowdTV Managing Director.

“We had an overwhelming turnout, and we will continue to show the biggest and brightest fights from all over the globe.”

It was a tough grueling fight that saw Linares jump out to an early lead on the strength of his quick combinations and handspeed.

In round five, Linares was cut over his left eye. In round six, Crolla was starting to take charge of the bout with his work to the body and uppercuts inside, until Linares hurt Crolla badly with a right hand that wobbled the Manchester native on the ropes.

Both guys had their moments down the stretch as Linares, at times seemed like he was losing his stamina, only to come back with hard combinations and he was able to eek out rounds.