Chris Blaney: “Ricky Hatton has made me stronger and faster!” 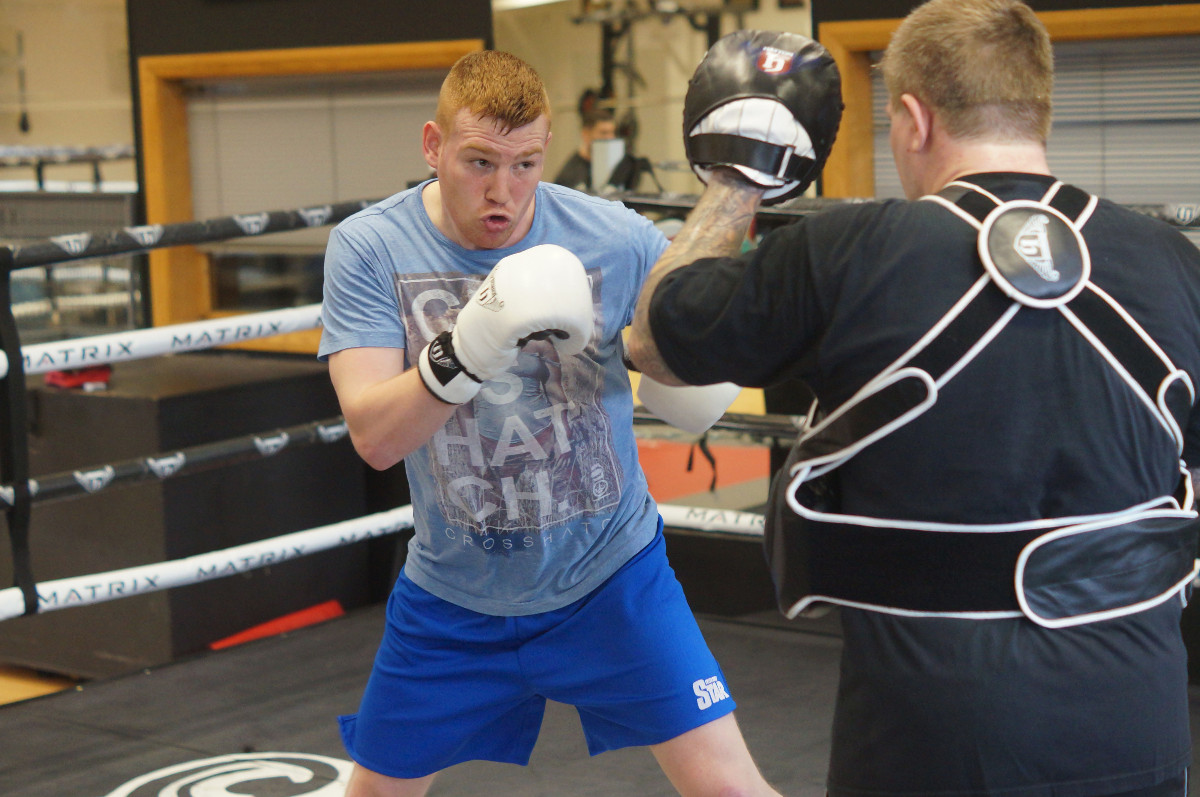 The Navan man, 24, turned professional with an explosive one round knockout of David Bauza earlier this summer and he’s already got his next two fights lined up.

This Friday night “The Ginja Ninja” will face Kiril Psonko on Hatton Promotions and Black Country’s six-fight card at the Banks’s Stadium in Walsall. After that, he will turn his attention to an appearance in Stoke on October 1.

“I just love boxing so I’ll take any fight that comes my way,” Blaney, a ten-time Irish amateur champion, said.

“I was originally preparing for October 1, but Ricky pulled me to one side the other day and told me I could box in Walsall as well if I wanted to.

“It’s short notice, but I jumped at the chance. I’m always fit and ready to go and this is an opportunity to add another win to my record.”

Blaney, who has been compared to Canelo Alvarez, upped sticks from the Emerald Isle and moved to Manchester to work with boxing legend Ricky Hatton earlier this year.

“I love having Ricky as my trainer as well as my promoter. I’ve been boxing since I was eight years old and I’m still learning every day.