Inseparable Leather twins to fight on the same show in Glasgow 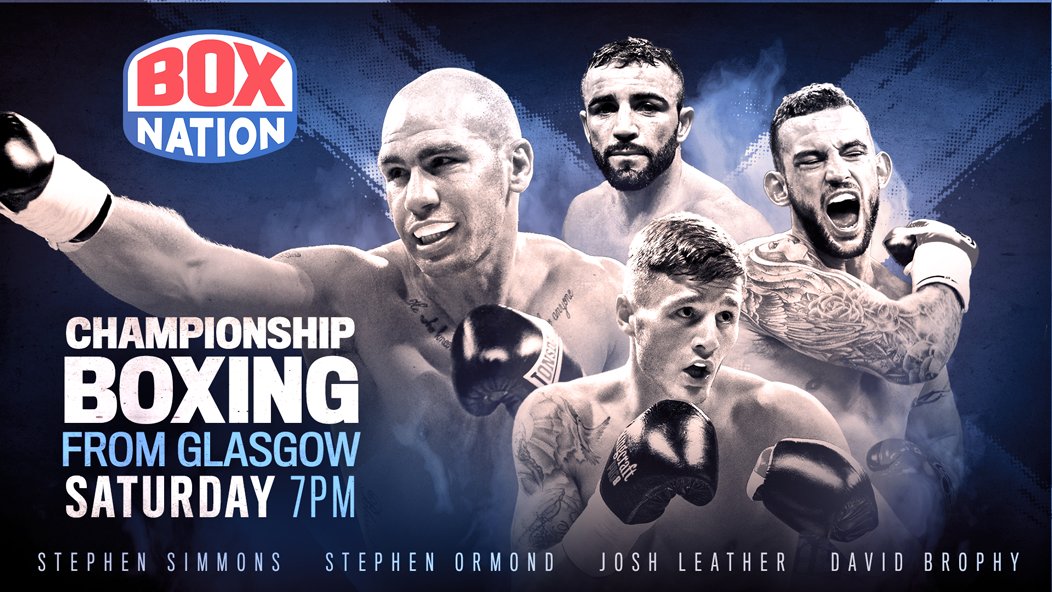 The gruesome twosome from Guisborough, north Yorkshire, feature together for the first time as pros on this weekend’s BoxNation televised bill at the Bellahouston Leisure Centre in Glasgow on October 1st.

Ex ABA champ Josh shall be hoping to extend his unbeaten run to 11 as he steps up to 10 round level for the first time against Hungary hardman Gyorgy Mizsei while fellow national junior champ Kalam makes his long awaited pro bow against Newark survivor Fonz Alexander.

‘Dad bought us each a pair of gloves when we were about nine and we’d drive mam crazy sparring in the living room. Josh was always a bit quicker, I possibly had more power but there was never anything between us and it got mega competitive.

‘I actually had trials for Middlesbrough FC when I was 13 or 14 before deciding to stick with my boxing.

‘I had 50 odd amateur fights, won the national Golden Gloves plus a few north-east junior titles and lost a close one to Josh Kelly from Sunderland who just went the Rio Olympics. However, when me little lad (Oscar) arrived three and a half years ago, I decided to take a break from fighting.

‘But I was never jealous of how our Josh were progressing. I always helped him in the gym – every session, we push each other to the limit – and I usually helped work his corner.

‘Welly’ (Wellington ABC) last year, I decided it was time to try the pros myself.

‘It’s a year since my last amateur fight but I’ve been with Josh through his last two camps and can’t wait to get in there. Now I want to be where Josh is. I’ll catch him up, alright!’

If that’s to prove the case, Kalam will need to advance at a fair clip. Sizzling sibling Josh is already established as one of the nation’s finest prospects at any weight and widely touted to enjoy a future at major title level.

‘Thanks to Kalam, this has been the best camp I’ve ever had,’ claims fast fists Josh who has logged four stoppages and five shut-outs on his perfect 10 fight slate.

‘While we don’t try to knock one another out, we definitely push each other and the spars are always ‘Even Stevens’. Kalam hits far harder than me. I’d never want to fight him with the small gloves cos I don’t fancy getting knocked out!’

Such is his potential and pedigree, Saturday’s assignment could prove Josh’s final mock exam before he is unleashed into a championship ring early in the New Year.

He says: ‘Ideally, I’d like some hard rounds and a late knockout, rounds seven to ten. Hopefully, I’ll come through in style then move on to the WBO European or InterContinental. I definitely feel I’m ready.

‘This Hungarian’s gone good rounds with the likes of Tom Stalker, Terry Flanagan, Anthony Crolla and Derry Mathews over here.

‘He’s a decent back foot counter puncher who’s won his last two by stoppage. It’s my first ten rounder. I trained for 10 last time but the lad came in overweight so they reduced it to four.

‘I definitely reckon I’m ready to take British and Commonwealth title fights now. I’ve already sparred Tyrone (Nurse, the British champ) so I know the score there. (Commonwealth king John Wayne) Hibbert lasts the rounds but, from what I’ve seen, I’d beat him with my speed and sharpness. He’s a bit slow.’

‘They’ve similar temperaments and they’re weirdly close, really lean on each other,’ says the ex amateur who fronts the Stockton Boxing Academy.

‘One time, ahead of a family occasion, they went out separately into Middlesbrough yet brought exactly the same shirt to wear. Another time, Josh lost a tooth and shortly after Kalam lost exactly the same tooth. Uncanny.

‘Josh is a little sharper, quicker on his feet, whereas Kalam sits down on his shots more and thinks about what he’s doing.

‘Josh has paved the way but Kalam’s definitely got the potential to get to where Josh is at. He’s already sparring a far higher calibre than Josh was before his debut.

‘As a coach, I’m blessed. They share a fantastic work ethic and both listen and want to learn. Their dream is to reign as champions simultaneously and I’ll leave no stone unturned helping them to fulfil that.’

And the twin terrors take their first steps in bringing that ambition to fruition in Scotland this weekend.

‘I’ll most likely be on before Josh, which I prefer,’ adds Kallum.

‘They’ve matched me with Fonz Alexander, a tough lad who’ll give me a good scrap but if I keep centre ring, I should be okay.

‘Long term, the dream is for us both to be world champions at the same time.’