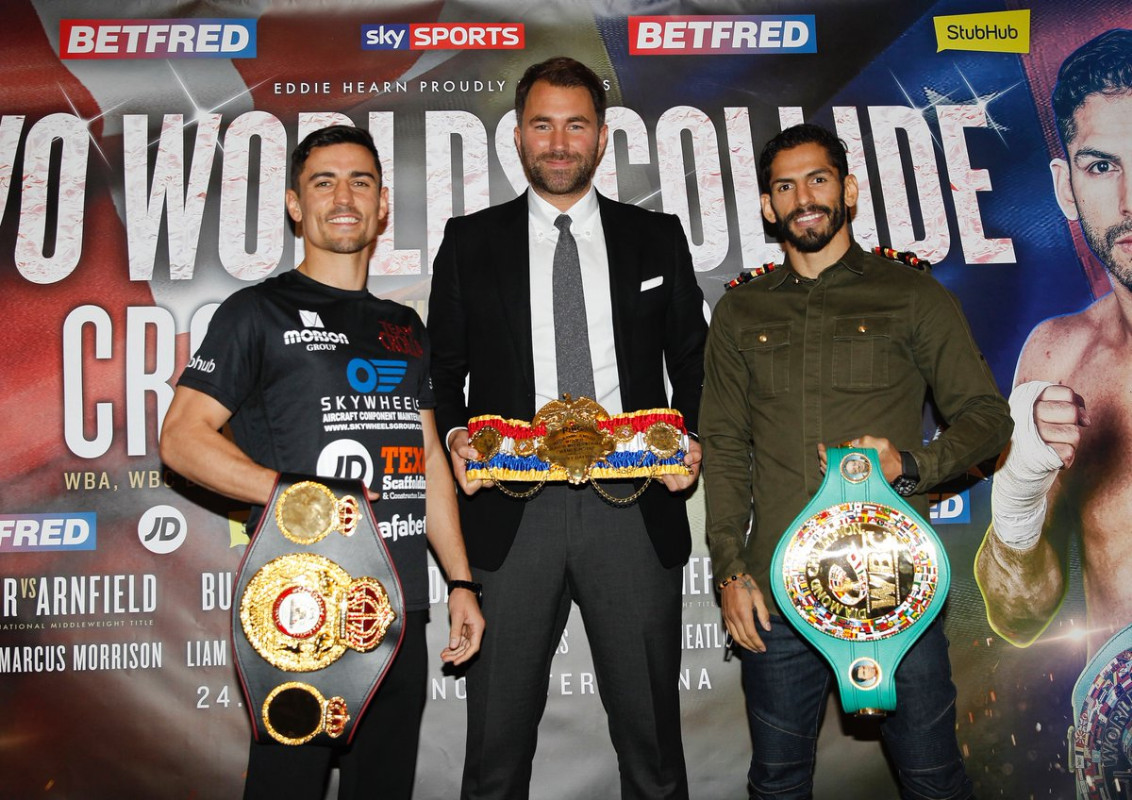 Manchester’s Anthony Crolla fell just short tonight when defending his WBA world title against Jorge Linares at the Manchester Arena. A loser on the cards, Crolla has vowed to bounce back.

“Anthony Crolla once told me he was a fan of mine, I am a fan of his. We gave Manchester a beautiful fight and can do it again. I hurt my hand in the sixth round, but I told my corner in the later rounds that I would close them and get the victory.

“I want to take a break. Then I want to go back to the gym, start training and why not come back to Manchester, I love it here. I want to thank my team, my corner my wife and my family, and Mr. Mendoza, may he rest in peace.”

A disappointed Crolla acknowledged his foe. “I’m disappointed I didn’t win these belts for the city of Manchester,” he said. “He rocked my world (in round six), my head is still spinning now. I felt I finished the next round strong, but I’m gutted. It is an honour to share the ring with a great like Jorge Linares.

“He is the best in the world and it was great to share the ring with him. Listen, the way this city turned out it’s the least I owe them to win a rematch and show them.”

“There is an agreement for a rematch,” added Eddie Hearn, who promoted the show. “This young man is a credit to Manchester and Britain. We will fight Linares again and we will will beat him. The Anthony Crolla story is not over.”