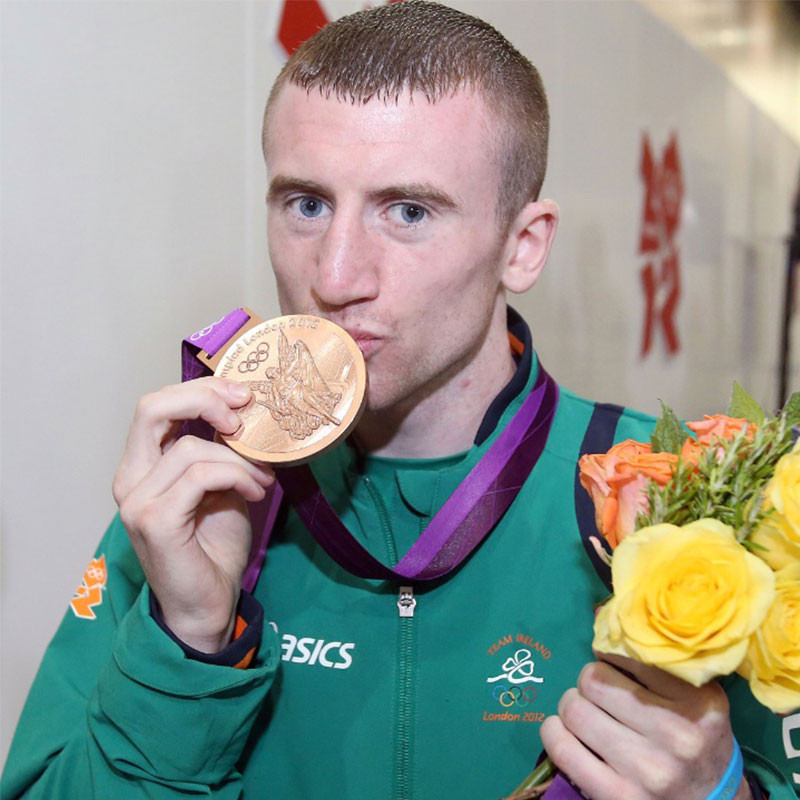 An impressive amateur career has produced one of Ireland’s most popular Olympians. Three appearances at the Olympic Games produced consecutive bronze medals in 2008 and 2012. This led to Paddy being given the honour of being Ireland’s flag bearer at the most recent Olympics in Brazil.

Paddy’s extensive list of accolades also includes Commonwealth Gold on two occasions, Delhi 2010 and Captain of Ireland in Glasgow 2014 , WSB appearances and a host of national titles. However, now is the time to begin a new chapter in his boxing career and Paddy cannot wait to get started.

He says “I’ve enjoyed every minute of my time as an amateur and my achievements are something I am very proud of. Representing Ireland has always been my ambition and now I hope to emulate that success as a professional”.

Paddy had many options when making the decision to turn professional and believes MGM are the perfect choice. “After the Olympics there was many offers on the table but being part of Team MGM was the natural choice and one I’m delighted with. I honestly believe I have the ideal team to guide me to world title opportunities” he said.

The signing of Paddy is a move that excites the MGM Management: “Paddy is a special talent. To represent your country with such distinction is a reflection of the ability he possesses. We anticipate Paddy will feature prominently on the world stage and we look forward to many great nights for Irish boxing moving forward”.

Details of Paddy’s debut will be announced in the near future.