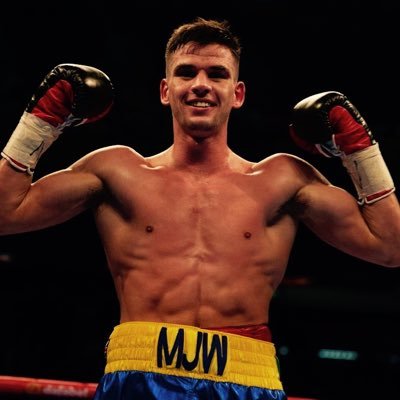 Martin J. Ward (15-0-2, 8 KO’s) is the new British Super featherweight champion. Ward (129lbs) was able to offset the big punching Andy Townend (129lbs) from the get-go and put his punches together well. His right hand landed regularly and his accuracy and clever footwork prevented Townsend from landing his own shots with any regularity.

Barnsley’s Townend (16-4, 11 KO’s) kept juddering his way forward and continued to wing in his own right hand, but his punches were wider and wilder and Ward displayed the cleaner, crisper technique throughout. A cut and dejected Townend was never off his feet but the fight was halted 54 seconds into the eighth round by referee Marcus McDonnell.

It was a career best performance from the 25 year old and what looked to be a pick ’em fight on paper turned out to be a coming out party for Brentwood’s Ward.

“I am the proudest boy in this arena right now,” he said when speaking to Sky Sports. “I’d like to dedicate that fight to my late father, who has passed away—that one was for you, mate.”

“You did a really great job,” added Paulie Malignaggi, who is one of Sky Sport’s pundits for the show. “Let you boxing skills work for you, I know you want to excite the crowd and understand that, but you have terrific boxing skills and can win world titles, not just these types of titles.”