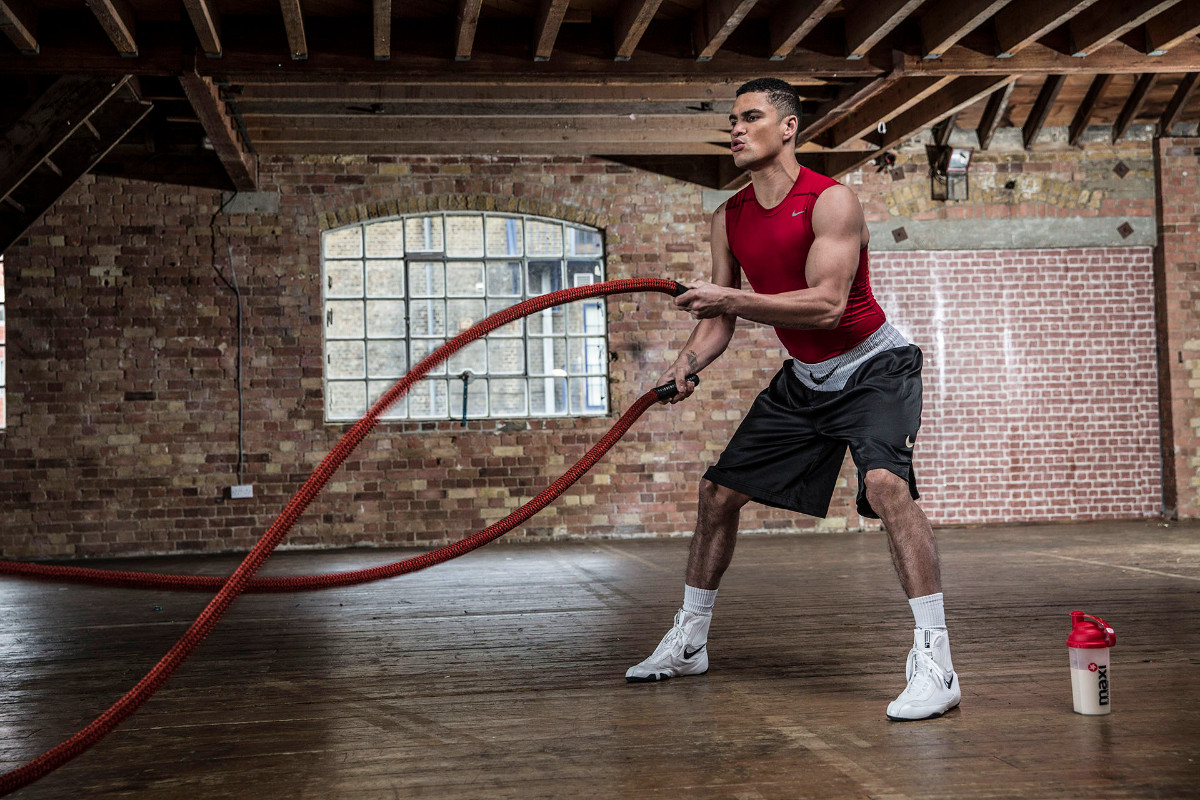 Anthony Ogogo will fight for his first pro title when he clashes with Craig Cunningham for the vacant WBC International Middleweight title at the Barclaycard Arena in Birmingham on October 22, live on Sky Sports.

Ogogo’s first shot at professional hardware comes after returning to action with three successive wins following a difficult time with injuries that had previously stunted his promising career in the paid ranks.

The London 2012 Olympic bronze medal hero has blown away his three opponents inside three rounds since his return in May, and the 27 year old is preparing for an exciting clash with another man in great form.

Cunningham successfully defended his Midlands Area Middleweight title in a six round toe-to-toe war against Ryan Aston in May and then dropped down to add the Super-Welterweight strap by seeing off tough Jason Welborn over ten rounds.

Those wins extended the 28 year old’s streak to five since his sole loss to former WBC International champion Tom Doran, and the Oldbury man will be confident to crash the Lowestoft man’s party, but for Ogogo, he says it’s time for his hard work to pay off and land his first belt.

“I’m delighted that this fight has now been confirmed and am incredibly excited to be fighting for my first title on such a great card in Birmingham live on Sky Sports,” said Ogogo.

“I’m feeling fitter and stronger than I ever have done before and am looking forward to getting in the ring on fight night and doing the business.

“I am fiercely ambitious and determined to reach the very top of this sport but know that I can’t look beyond Cunningham. He is a good fighter with a good record but I am completely focused on what I need to do to win that belt.

“I would like to thank Eddie Hearn and Matchroom Sport for having me on the show as well as my promoters Team Sauerland and Golden Boy Promotions for helping make this fight happen. I now can’t wait to get out there in front of what will be an amazing Birmingham crowd and show the world what I can do.”

“This is a great opportunity for Anthony to claim his first major title as a professional,” said Nisse Sauerland. “He has come back from injury, and with three great victories, has proven he is ready to compete at international level. I believe we are still yet to see the best of Anthony, and as the level of opposition improves, so too will his performances, and I’m confident this will be his first of many titles.”

“Anthony is so talented; after recovering from his injuries, it was only a matter of time before he got a title shot,” said Golden Boy Promotions Chairman and CEO, Oscar De La Hoya. “We are fully confident that Anthony will bring home the WBC International Championship on October 22 and look forward to working with him as he continues his march up the Middleweight ladder.”

Ogogo and Cunningham’s clash is part of a huge night of action in Birmingham topped by a fierce local derby between Frankie Gavin and Sam Eggington for the vacant WBC International Welterweight title.

Face value tickets for October 22 are also be available from http://www.stubhub.co.uk/matchroom-boxing-tickets/ StubHub is the official ticket partner and marketplace of Matchroom Boxing and Anthony Joshua.