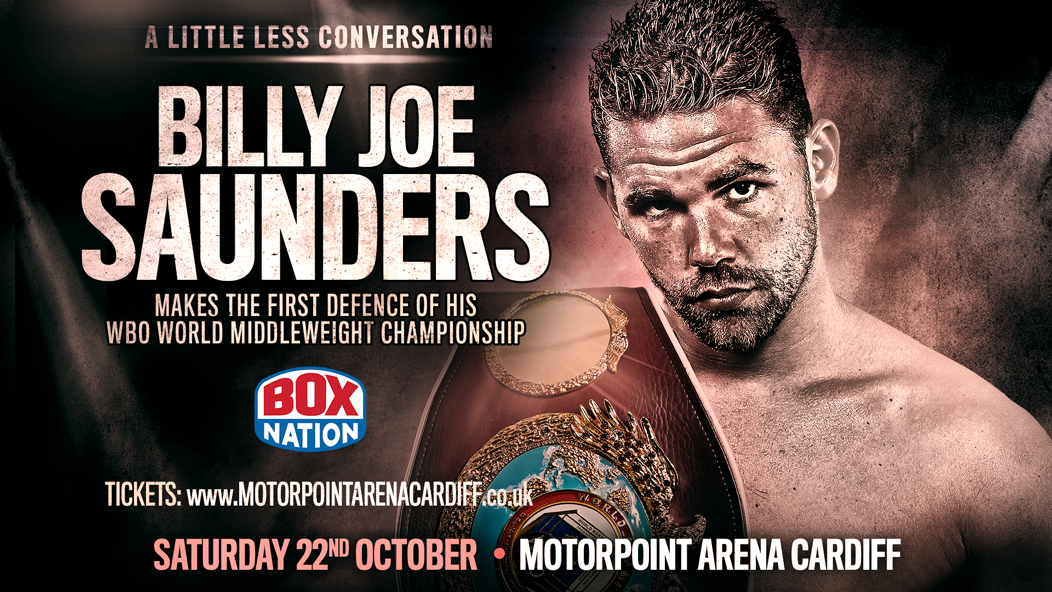 Queensberry Promotions received news today that WBO World Middleweight Champion, Billy Joe Saunders had suffered a muscle injury and would be unable to defend against Artur Akavov on 22nd October at Cardiff’s Motorpoint Arena. Unfortunately, on the same day British Super-Welterweight Champion, Liam Williams also suffered an injury in sparring that prevents him from defending his British title against Ahmet Patterson on the same bill.

Consequently, postponement was the only option to maintain the strength of the card, and as such the event will now take place on Saturday 26th November at the same venue.

Promoter Frank Warren said: “We have obviously not had a lot of luck with this event, first of all being let down by Chris Eubank Jnr and now the two main fights on a card falling out on the same day. We have no choice but to postpone the card to a month later so everyone is given time to recover.

“I apologise to the fans for any inconvenience this may cause. It is extremely frustrating as the event is already essentially sold out and we were all geared up for a cracking night of boxing on the 22nd October in Cardiff. I am particularly gutted for Tommy Langford who has sold around 2,000 tickets for his British Middleweight title challenge against Sam Sheedy, but I’m sure his support will no doubt still be out in force on the 26th November.”

BoxNation will still have live action from the UK on Saturday 22nd October when The Channel of Champions will switch their attention to Bolton’s Premier Suite with Jamie Cox, Matty Askin and Paul Butler co-headlining a card promoted by Steve Wood.

Tickets purchased for the 22nd October event will still be valid for the new date of 26th November at the Motorpoint Arena Cardiff.