Eggington says he will punish Gavin for the personal digs 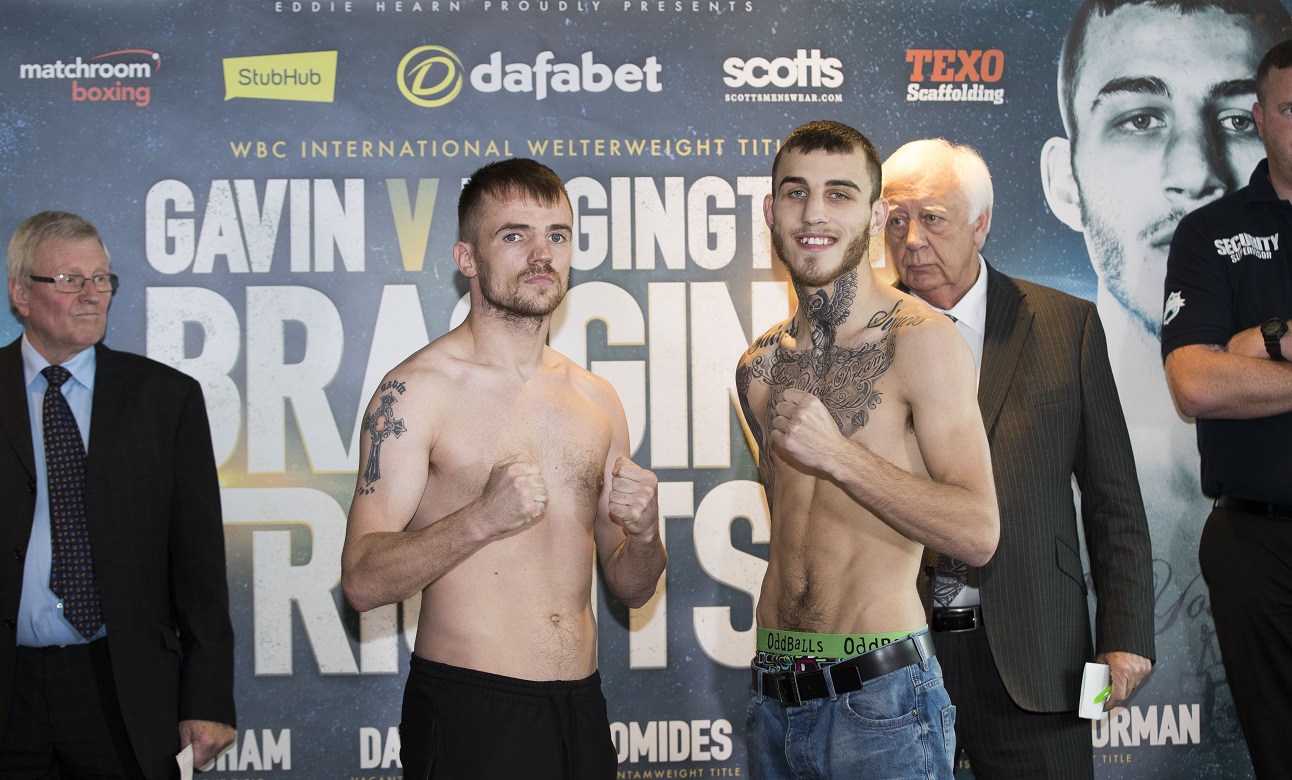 Sam has ‘Savage’ plans for Frankie ahead of Birmingham showdown

Sam Eggington has vowed to punish Frankie Gavin for the personal comments he made and KO him when they meet for the WBC International Welterweight title at the Barclaycard Arena in Birmingham on Saturday night, live on Sky Sports.

The pair were set to meet last year for Eggington’s belts but Gavin pulled out with a foot injury. Eggington saw off late replacement Dale Evans before Gavin’s old foe Bradley Skeete took the titles here in March.

Eggington and Gavin finally meet in a crucial clash for the vacant WBC International title, with the winner opening the door to major title shots in 2017, and for the Stourbridge man, there’s a personal edge to the fight – even more so after Eggington branded Gavin ‘unprofessional’ after he failed to make the weight for the contest, meaning only Eggington can claim the strap tomorrow night.

The pair boxed on the same bill in Leeds in July and in a post-fight interview, Gavin appeared to call his hometown rival ‘dumb’. ‘Funtime’ said that he was referring to Eggington’s ring-IQ, but Eggington is having none of it and says he’ll make Gavin eat his words tomorrow.

“A few people called me up to say that Frankie had been having a dig at me,” said Eggington. “He normally does that about the way I box but to get personal is out of order. If he wants to go down that route, fine, that’s just spurred me on to beat him even more. 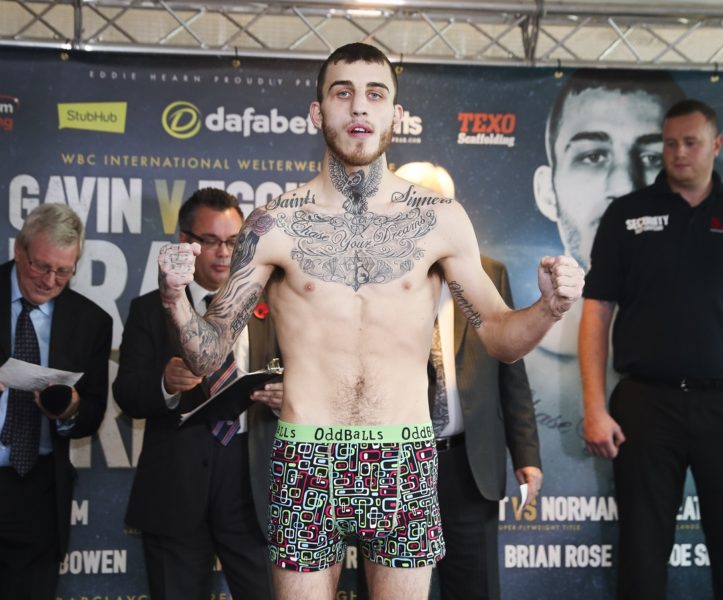 “I could mention him losing to Kell Brook or Leonard Bundu, it doesn’t matter, it’s in the past. If he’s taking confidence from my fight with Skeete, leave him to it. At the start of my career I was a bit gung-ho and raw, and I think that I lost a bit of that by trying to be a perfect boxer but I’m never going to be that, so I’ve brought that back now and I’m going through the gears now and i feel that it’s going to bring the best out of me.

“Something has got to give and it’s going to be him. I know it’s a hard fight but I am going to do a job on him, I’ll do anything it takes to win this, bragging rights is the best name for the fight because I’d have boxed him  for no belt, I just want to beat him.

“I have more power than him. Frankie couldn’t punch through a wet paper bag, he’s on about KO ratios but it’s who you are knocking out, people who are coming for a payday or people that are coming to win titles. The power will tell.”

Gavin and Eggington clash on a huge night of action in Birmingham with the chief-support provided by Olympic bronze medal star Anthony Ogogo and Birmingham man Craig Cunningham meet for the vacant WBC International Middleweight title. 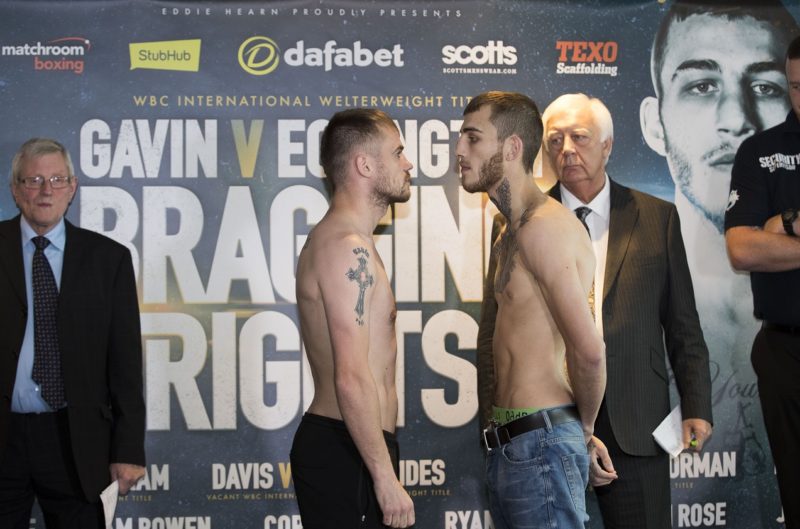 Face value tickets for October 22 are also be available from http://www.stubhub.co.uk/matchroom-boxing-tickets/ . StubHub is the official ticket partner and marketplace of Matchroom Boxing and Anthony Joshua.

LIVE ON SKY SPORTS 2 FROM 8pm