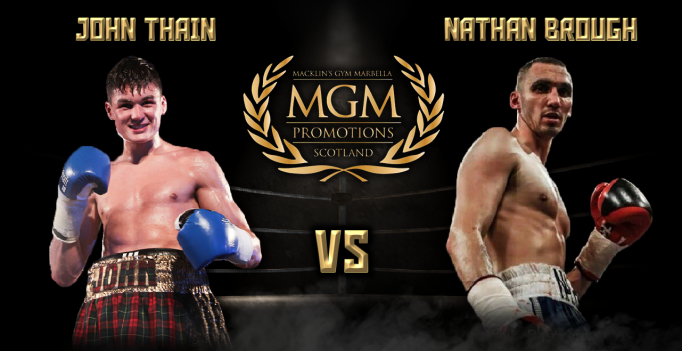 Thain, 145 1/4lbs, may not carry fight ending power but his fights usually make for excellent TV. The 28 year old from Edinburgh is a very active fighter and mixes slick skills with his high work rate. Liverpool’s Brough, 146lbs, took the centre of the ring but was just unable to match Thain for speed and found it hard to time his right hand after having some success in the opener.

Thain’s accurate jab opened up a nasty cut under Brough’s left eyes in the fourth but the blood spurred the 32 year old on. He managed to close the distance more and more regularly and found two clean right hands in the sixth. Thain had to respond and to his credit, he did. The Scot seemed to find a second wind and re-established his jab to halt Brough’s momentum.