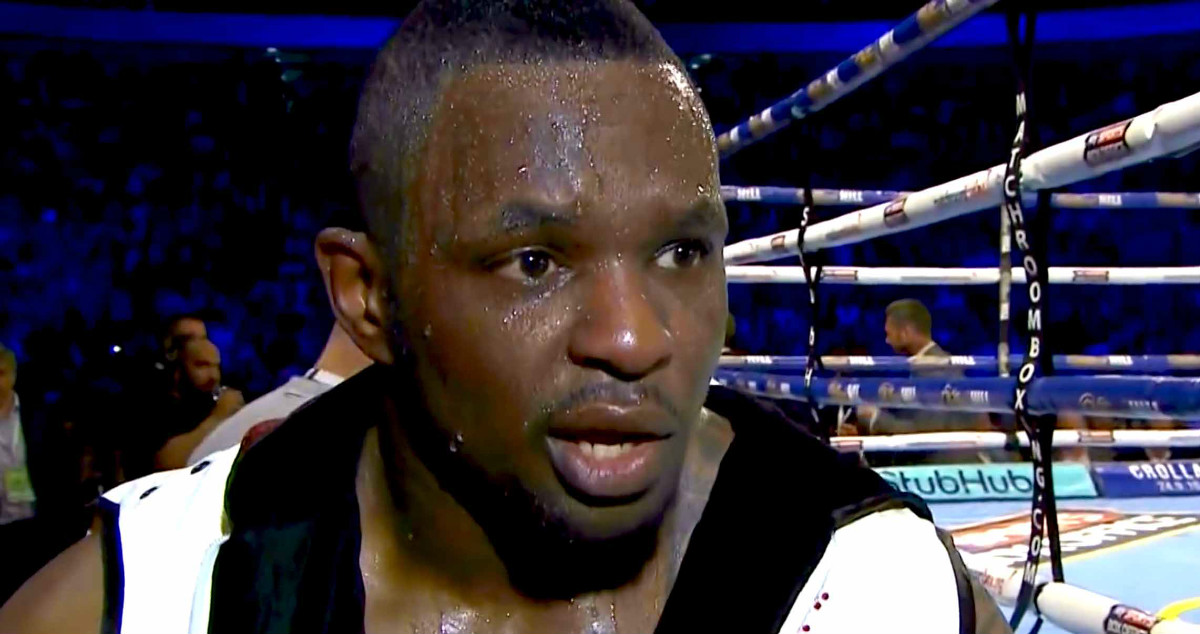 Dillian Whyte (19-1, 15 KO’s) prevailed in the heavyweight clash of the ‘Guns of Brixton’ by stopping Ian Lewiston (12-3-1, 8 KO’s) to claim the British heavyweight title.

The pair antagonised each other throughout a bad natured build up and both arrived in Glasgow fully fired up. Lewiston’s temper almost frayed during the referee’s instructions but Whyte, 253lbs, remained calm and looked to establish his jab instantly.  The huge Lewison, 273lbs,  was a talented amateur and dropped his hands, relying on his skill and power whereas Whyte stayed busy and boxed on the back foot.

Lewiston evidently has talent but wasn’t in good enough shape to push Whyte out of his comfort zone and ‘The Bodysnatcher’ was able to work at his own pace. Whyte looked light on his feet and got out of range well but was fighting what became almost a stationary target. Lewison suffered a busted nose in the tenth and was clearly troubled by the injury. Whyte capitalised on Lewison’s discomfort and punished him for the remainder of the round.

Lewison’s trainer Don Charles withdrew his man at the end of the tenth.

He will draw plenty of criticism for seemingly coasting through the fight but there is plenty to like about the 28 year old. He is extremely comfortable in the ring, is capable of putting his punches together well, and clearly listens to Mark Tibbs in between rounds. Now, we need to see him put through another fire test.

Lewison needs to decide whether he is going to take the sport seriously. He has ability but isn’t giving himself the best opportunity to succeed while Whyte claims the British heavyweight title at  the second time of asking.