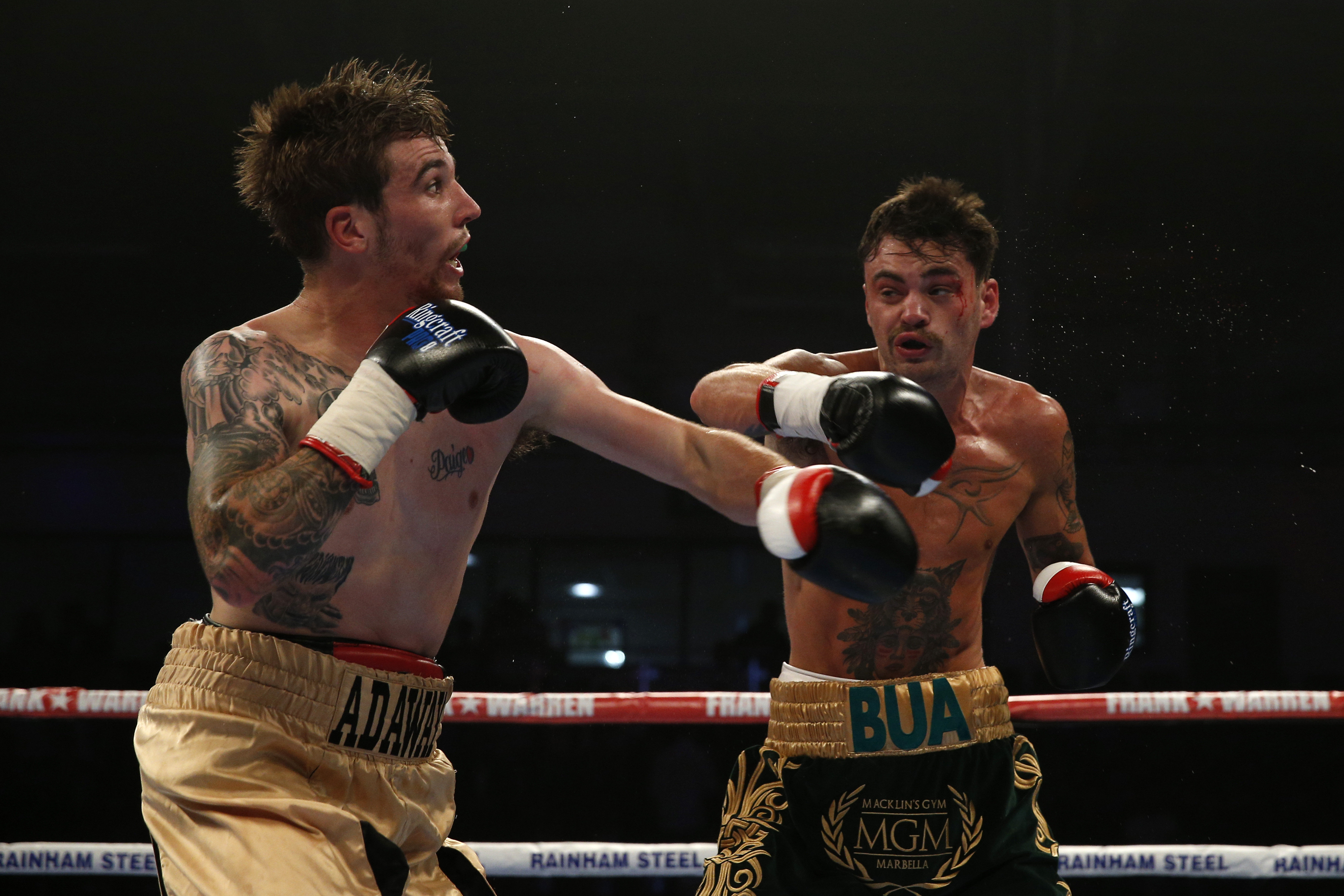 At the age of 26 and with a dozen mock exams successfully negotiated, the time has arrived for touted Belfast light-welter Tyrone McKenna to spit or get off the pot.

Known as ‘The Mighty Celt’, the swift and slingy 6ft 1in southpaw squares off with bull strong Dubliner Sean Creagh in a tasty looking tear-up for the Celtic BUI crown at Belfast’s Titantic Exhibition Centre on November 5th. BoxNation screen live.

What is it about your home city of Belfast that makes it so conducive to producing so many top quality boxers?

Belfast’s a tough, tough city, inhabited by tough, tough men.  I guess that growing up through ‘The Troubles’ we’re all pretty fearless. Guns, soldiers, riots and bombs were all pretty normal parts of our life. We’ve all been through the madness.

Almost everyone on your street will have boxed at some time and the most talented all fight each other or have sparring wars, which brings everybody on.

Tell us a little bit about your own amateur pedigree.

I started training at the Oliver Plunkett gym at eight and was on the Irish national squads since I was 11.

I probably had about 120 amateur fights and lost just 12. About 40 of those bouts would have been at international level. I fought in the World Youths, European Youths and won bronze at the Junior Olympics in Lithuania. I won six All Ireland titles but turned pro after losing a tight match to Carl Frampton at 57kg in the 2009 All Ireland semi-final.

Your induction into the professional field was spent under Philadelphia promoter Tom Moran, fighting on the US east coast. How did that opportunity materialise? What were the positives and negatives?

I was offered a deal alongside Anthony Cacace, a former amateur opponent and international teammate, and who doesn’t want to be a professional in Philadelphia? They paid our flights and accommodation and I got to work with (ex two time world heavyweight champion) Tim Witherspoon who taught me the Phillie ‘trademarks’!

Phillie’s a tough, tough city; America’s version of Belfast. Every spar was a war, like a proper fight and huge crowds turned up at the gyms to watch. There was a lot on the line every day and you had to EARN respect. And unlike in the UK, the US journeymen all come to win. Fights over there were far more competitive.

But, unfortunately, my fights were too far apart and I started to put on weight. I wasn’t going anywhere over there so decided to come home. Now I’m with MGM, I’m fighting almost every month.

After a four year apprenticeship you’re finally tossed into the championship arena next month. You’ve not been beyond six rounds yet. Are you apprehensive?

Not at all. This first title fight shows I’m making progress. Fighting another unbeaten Irishman has brought a lot of talk both in Belfast and down in Dublin. There’s a real buzz about the fight. It’s my first televised fight as a pro and I can’t wait. This is what it’s all about.

It’s a great bill with Jamie Conlan topping and Paddy Barnes making his debut. Belfast’s a big, big boxing city and the fans are always behind our fighters but this is the first major pro show for more than a year.

I’ve not fought in Belfast myself for almost a year and a half so tickets have been flying out. With a fortnight to go, I’ve already done over 200. I’m expecting a noisy, crazy crowd.

What do you know about co-challenger Creagh?

I’ve not seen Sean fight or spar but I’m led to believe he’s strong and a hard, hard trainer who sets a nonstop pace. Being undefeated himself, he’ll be confident of winning. But I’m ready.

How has your prep gone?

I had five weeks in Liverpool then fought a six rounder with Danny Little in Solihull and have spent the last four weeks at the MGM gym in Marbella.

Since February, I’ve been trained by Danny Vaughan and he’s completely changed my style. For this, I’ve been sparring Stephen Ormond, Derry Mathews, Tom Stalker and Sam Maxwell and I’ve handled all brilliantly.  Steve Ormond is a perfect copy of Sean Creagh; short, strong, ‘in yer face’.

Stylistically, what can those you’ve not previously seen you box expect?

I like to study guys like Michael Nunn and Paul Williams, tall southpaws who liked to move forward. I actually enjoy brawling but I’m at my best when I step back, wait for mistakes, then punish opponents with my fast combinations. I’m an exciting fighter with a high work rate who likes to throw plenty of punches.

Why do you win?

My amateur pedigree is ten times better than Creagh’s. On top of that I’ve the experience of spending my first 30 months as a pro fighting and training in the US. I’ve a lot more experience. I’ll need to show him there are levels, and I’m far higher than he is.

I’m faster, more skilled and, the way I’ve been training, I even expect to be fitter. He doesn’t worry me in any department. Whatever he brings, I do better.

I want to have an exciting career and be in exciting fights. I don’t want to be tiptoeing around anybody in Britain at 10stone. Line ‘em up, sign ‘em up and I’ll bash ‘em up!

(British champ) Tyrone Nurse is the fight I’m looking for or the winner of Josh Taylor and Dave Ryan (who contest the vacant Commonwealth title tonight). Jack Catterall is another one. He’s a good fighter but I see holes in his game. I know from how well I conduct myself in spars with top, top fighters that I can take almost anyone in Britain right now. I know my skill set.

Go to here to see how you can watch this fight and more live!