Sam Hyde’s return to be broadcast live on Facebook 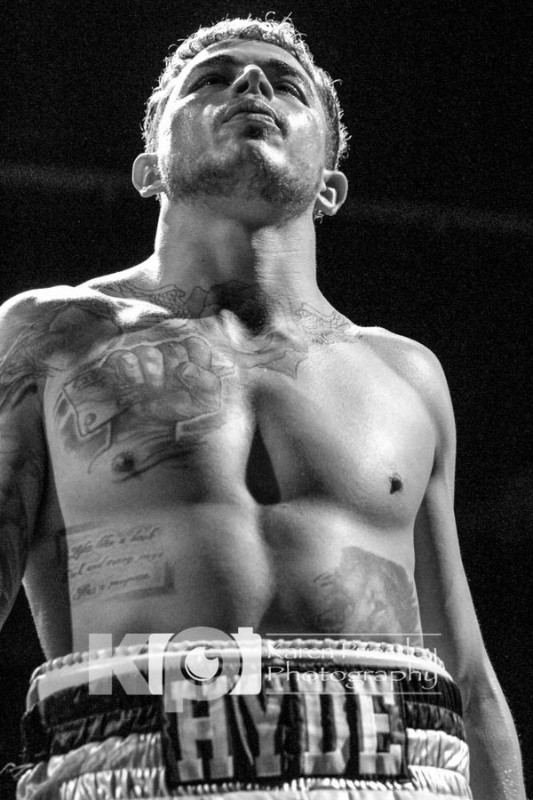 10/10/16 – An evening of boxing comes to Facebook Live later this month, as part of a new partnership between TheLADbible Group and Lindemann Sport & Entertainment Limited (LSEL).

With close to 9m fans on its popular page, TheSPORTbible (Facebook.com/SPORTbible) their content reaches millions of sporting fans every week, thanks to its fresh blend of breaking news, opinion and video. Content posted to the page is widely shared and discussed around the globe.

Since debuting a year ago, Facebook Live has quickly changed the shape of content on social media. TheLADbible became one of the leaders in this emerging space, with its famous battle of the ice lollies reaching an incredible 6m views – with people tuning into see which would survive longest in the mid-afternoon heat. The company has experimented with video internationally too, tracking down community members as far afield as California and Ibiza through its live video tests.

As part of its continued experimentation and innovation in the live streaming space, TheSPORTbible will present an evening of boxing from Manchester. Return of the Hyde comes live from The B.E.C Arena in Trafford Park, on Saturday, 22nd October, in association with LSEL.

Return of the Hyde is headlined by the unbeaten cruiserweight Sam Hyde, who steps back into the ring for the first-time since winning the International Cruiserweight Challenge belt in March. Hyde steps up to fight the undefeated former Olympian and Commonwealth Games medalist, a mouthwatering prospect for boxing fans.

The supporting card includes a number of local boxers looking to secure wins, allowing them to push for title fights in 2017. Alongside the bouts, sports and TV personalities will be attending, and are set to appear on the live stream.

“As we continue to push the boundaries and experiment with new formats for live video, this is the perfect opportunity to test broadcast quality content on a rapidly evolving platform. We know there’s a massive global audience and appetite amongst our community for boxing, and we can offer promoters an innovative new route to massive audiences – against the established players who dominate the broadcast space.”

“Facebook Live has ushered in a new era of how content is being consumed in the social place, and we are proud to be innovators. This new platform enables us to totally reimagine how sporting events are being consumed – with real-time fan commentary and instant reactions on social becoming part of the overall entertainment experience.”

“We are delighted to be partnering with the guys at TheLADbible Group, one of the largest online communities in Europe. We firmly believe this is a really exciting move, not only for professional boxing, but sport in general. Together, we can create a credible and quality alternative to traditional broadcast platforms for boxing, and build a new experience for fans.”

Tickets for the event, taking place at The B.E.C Arena can be purchased at – http://l-sel.com/portfolio/return-of-the-hyde/ or from http://www.facebook.com/lindemannsel/.

Return of the Hyde will broadcast live on TheSPORTbible Facebook
page (Facebook.com/SPORTbible) on October 22nd.