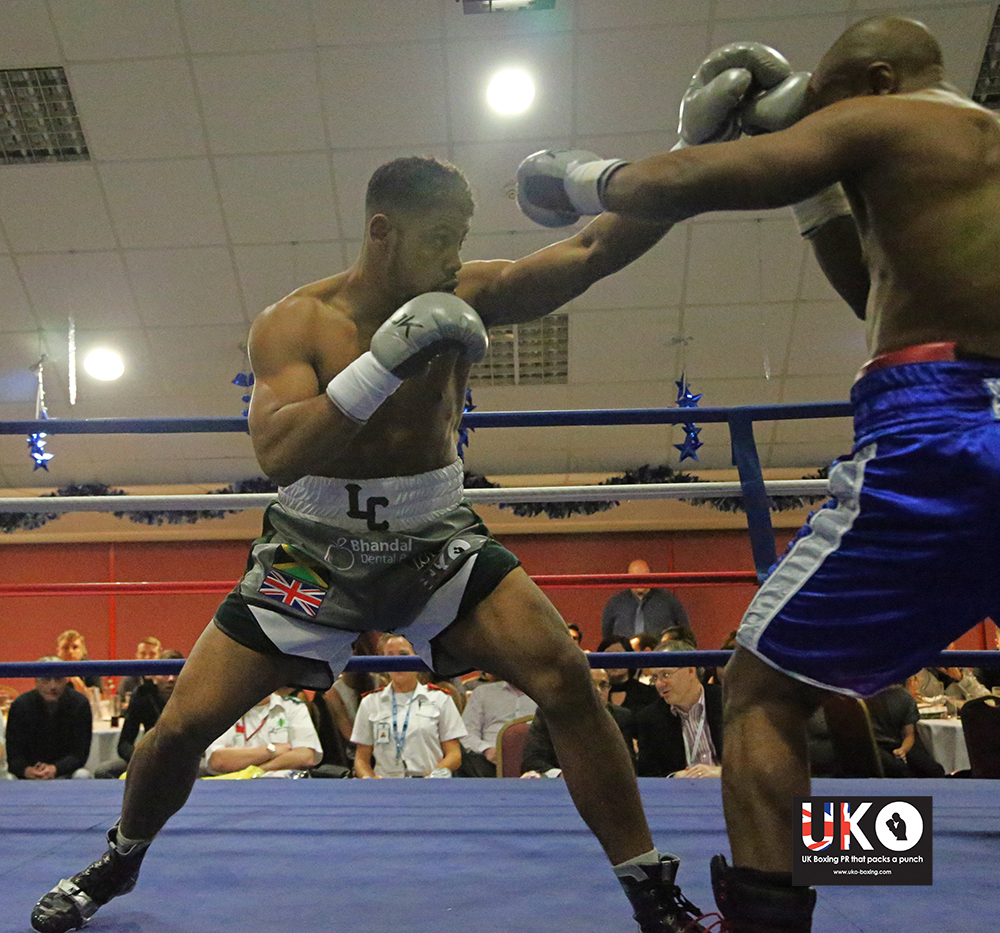 Halesowen’s Lennox Clarke is ready to make a statement this weekend when he appears on Matchroom Boxing’s ‘Bragging Rights’ at the BarclayCard Arena, Birmingham.

The unbeaten super middleweight (13-0) makes a second appearance at the arena on the undercard of the Birmingham Derby between Frankie Gavin and Sam Eggington, which will be televised live on Sky Sports.

Although Clarke’s six rounder with the ever durable Adam Jones will take place before the show switches over to televised coverage, the 25 year-old is determined to put on a performance.

“I haven’t seen much of him but from what I know he is game and comes to win,” he told firstclassboxing.com. “It’s going to competitive. Jones hasn’t boxed beginners, only experienced kids, so I know I won’t win every second of every round.

“He’s gone the distance with the likes of Jason Welborn and Craig Cunningham, so I’ve seen him in action first hand.”

Clarke is eager to impress as he looks to kick on. Having failed to secure a Midlands Area Title shot, with most legitimate opponents opting out of a clash with the big punching prospect, Clarke has set his sights on the English strap, which is being contested next month as holder Jahmaine Smyle takes on footballer-turned-boxer, Leon McKenzie.

“We have been trying for Midlands Title for the last three fights but no one wants that fight,” he added. “I want the English now it would have been nice to get a title before the end of 2016 but I’m back out in December and comfortable fighting at twelve stone.

“This is just the start I’m planning on going all the way. I want the English and then the British Title and Saturday is another step towards those fights”.