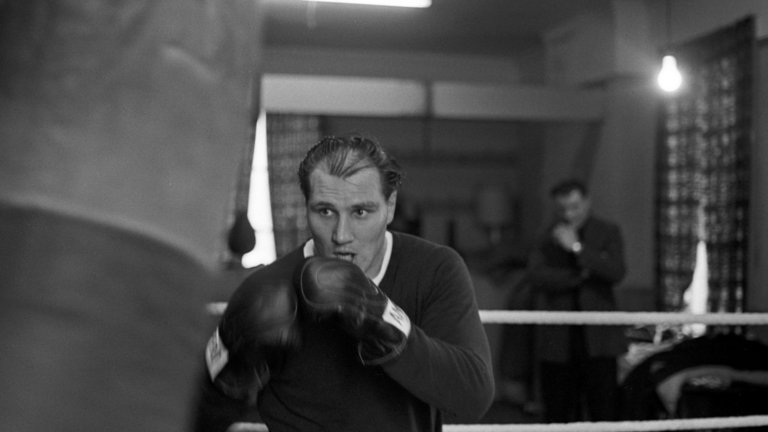 It is with sadness that we report the recent passing of former British, European and Commonwealth heavyweight champion Jack Bodell, who died aged 76, after a battle with dementia. Details of his funeral have yet to be announced.

A former sparring partner for Muhammed Ali, Bodell began boxing aged nine and was a good amateur, picking up the ABA championships and a bronze medal at the European championships in 1961. He turned pro in February 1962 and campaigned during the 60’s and 70’s, in a successful career, going in with and beating some of the best fighters of his era.

Derbyshire born Jack became friends with Ali after they had sparred, and in 1973, The Greatest came to Coventry to open his chip shop for free.

Southpaw Bodell first won the vacant British title against Carl Gizzi in 1969. He lost it in his second defeat to Henry Cooper in his next fight, before regaining it two years later on the night he also won the Commonwealth and European titles against Joe Bugner.

Among others, Jack also defeated Brian London. He suffered a knock-out loss to Jerry Quarry in 1971, and fought for the last time when he was stopped by Danny McAlinden at Villa Park in Birmingham in 1972.

Jack fought in the golden era of British heavyweight boxing and will be remembered for his come forward crowd pleasing style and being one of the games true gentleman.

Jack Bodell looks back at his career with Barry McGuigan