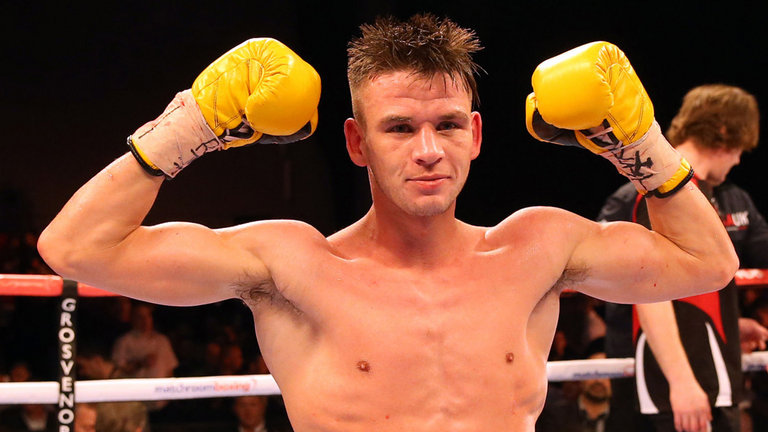 The 25-year-old titlist is coming off his best win to date as a pro. The Brentwood resident claimed the vacant British belt by beating hard hitting Andy Townend in September (TKO8).

The only blemishes on the unbeaten fighter’s record are an early draw with Ian Bailey in May 2014 due to a accidental clash of heads.  He also drew with Maxi Hughes December the same year.  Once again, a clash of heads became a factor when referee Phil Edwards ruled a knockdown in the second round but on closer inspection it appeared to be caused through a coming together of the heads.

This year has been Ward’s breakthrough year.  He got going in January with an impressive win over tough Italian Mario Pisanti (TKO3) and a 10 round unanimous decision over Spain based international journeyman Ruddy Encarnacion.

However, Clark will be looking to spring a surprise.  The Dundee-based southpaw is 31; he has three losses on his record but has been in fine form during 2016.

He lost in September 2014 against Troy James (split decision) and in November the same year another points loss followed, this time to Craig Evans.  He suffered his only knockout defeat last year to big punching Belfast prospect Anthony Cacace, who finished the fight in the 10th and final round.

Clark, though, is coming into this fight full of confidence following his best win to date over Jordan McCorry (TKO10 in March for the vacant BBBoC Scottish Area Super featherweight title) and he has posted two Ws since then.

Ward was a accomplished amateur and his style seems to be slowly adapting to the professional game—he’s improving with every fight.  Clark is as tough as they come, but has fallen short every time he’s faced someone of Ward’s calibre.  Expect Clark to be brave and cause Ward some sticky moments yet the pick is for Ward to use his boxing brain and pick Clark off for a mid-to-late rounds stoppage.