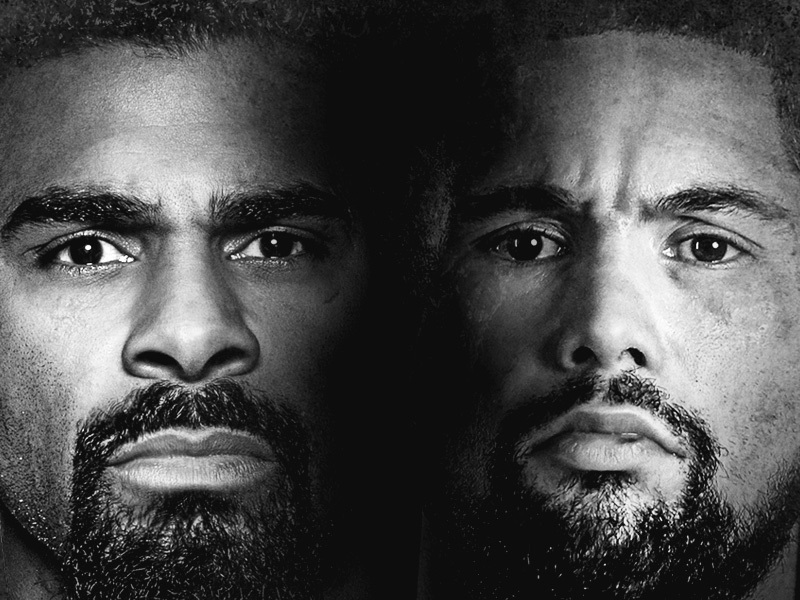 David Haye and Tony Bellew will clash in a Heavyweight blockbuster at The O2 in London on March 4, live on Sky Sports Box Office.

The big-hitting pair will finally settle their differences in the ring having clashed explosively on Sky Sports in Liverpool in October when Bellew defended his WBC World Cruiserweight title against BJ Flores, with the Liverpool star calling Haye out after knocking Flores out. Haye and Bellew exchanged angry words and had to be separated by security – but on March 4 there will be no parting them.

Former two-weight World champion Haye returned from a three and a half year absence from the ring in January at The O2 with a first round KO win over Mark De Mori, following that in the same setting four months later with a second round KO win over Arnold Gjergjaj. The ‘Hayemaker’ has dominated the ring for over a decade, crowned the Cruiserweight King, unifying the division in March 2008 with a fine win over Enzo Maccarinelli again at The O2. Then added The WBA World Heavyweight Championship to his impressive CV 18 months later against Nikolai Valuev – becoming the second boxer in history to win World Titles at both weight divisions.

“The public demand for me to violently knockout Tony ‘The Bell-End’ Bellew was simply too strong,” said Haye. “The country is fed up of his constant yapping. Even in his home town of Liverpool, I would be stopped in the street by people begging me to spectacularly send him into retirement.

“Bellew is completely delusional if he thinks he can beat me. He still thinks he’s on the set of Creed and there will be some kind of Rocky style happy ending. But come March 4th at The 02 in London I will bring reality crashing down on him.

“I’ve earned my credentials the hard way inside the ring, not on film sets. There will be no second takes, no stunt men taking the blows and no flashing lights on the red carpet, the only lights Bellew will see are those of the spot lights shining down on him when he wakes up from his nap on the canvas.”

Bellew became a World champion in stunning fashion in the summer when he climbed off the canvas in the first round against hard-hitting Ilunga Makabu to win the WBC Cruiserweight title with a devastating third round KO at Goodison Park in May – the home of his beloved Everton FC. ‘The Bomber’s’ success came at the third attempt having twice boxed for World titles at Light-Heavyweight before moving to Cruiserweight where he exacted revenge for one of his World title reverses against old rival Nathan Cleverly then landing the European crown against Mateusz Masternak before becoming World champion.

“I’ve backed him into a corner, left him nowhere to go, and now I have what I want,” said Bellew. “I’m not under any illusions, I know exactly what I am going up against, it’s big risk, big reward.

“I cop him with my best punch, he’s going to sleep. He cops me with his best punch, more than likely I am going to sleep too. I know what I am up against but the big factor for me is, I’m a very active fighter, I’ve had no breaks and I’ve got very little wear and tear on me. If it comes down to a question of heart and determination I win hands down. If it comes down to one punch, it’s a 50-50.

“He hasn’t been in a hard fight for over five years. The last time he had a gut check, he failed it. Going into this fight I 100 per cent know that he does not want it as much as me and he is not going to be as brave as me.

“Everyone knows I get off the floor and I fight until the finish. I know the minute it gets tough for David Haye, he’s going to spew it. He thinks he can beat me up in one round with one hand. He’s in for a rude awakening, because if this fight gets hard, and I expect it to be the hardest night of my life, this clown expects a walk in the park and he’s in for a bad night.”

“This is just a huge, huge fight,” said Eddie Hearn. “One of the best Heavyweights in the world against the best Cruiserweight in the world. An explosion of concussive punchers riddled with bad blood and desperate to score a knockout victory. The build-up will be electric as will fight night, I like millions of fight fans around the world cannot wait!”

“This is quite simply a must-see fight,” said Adam Smith, Sky Sports’ Head of Boxing Two of the biggest personalities and punchers in world boxing will collide in a cracking confrontation which has everything. Both men have been fantastic pundits for us in 2016 and it’s fitting that we’ll show their heavyweight bout exclusively live in what should be a rocking O2 Arena.”

Tickets go on sale on Monday November 28 at 10am to O2 Priority members at www.theO2.co.uk.

Tickets go on sale on Tuesday November 29 at 10am to Matchroom Fight Pass via LINK: and the venue and AXS pre-sale before tickets go on general sale at www.theO2.co.uk.