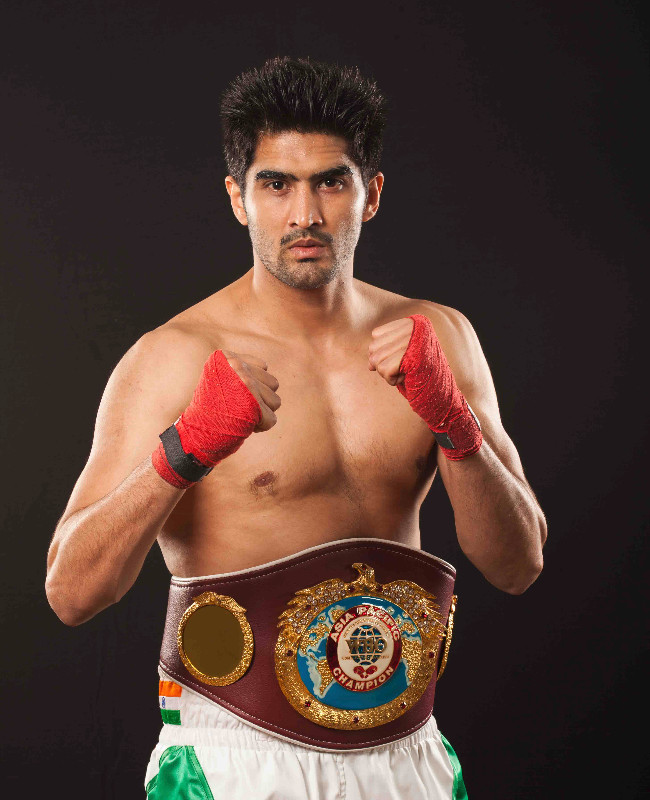 Undefeated Indian ring sensation Vijender Singh will make his hotly-anticipated return to New Dehli on December 17 where he will make the first defence of his WBO Asia Pacific Super-Middleweight crown against an opponent to be confirmed at the Thyagaraj Stadium, live and exclusive in the UK on BoxNation.

Fresh from earning his first professional title against Australia’s Kerry Hope back in July, knockout king Singh leapfrogged up the WBO World rankings into tenth place. Singh, 7-0 6 KO’s, outworked and outclassed the experienced Hope over ten rounds and came away winning every round.

India’s first ever Olympic Games boxing medallist was roared on by a sell-out 6,000 strong crowd at the Thyagaraj stadium and was awarded a deserved unanimous decision win with scores of 98-92, 98-92 and 100-90 from the three judges.

Frank Warren’s maiden voyage to India proved a resounding success. The tremendous reaction on social media from the stars of cricket and Bollywood personalities who were in attendance at ringside prove that history was well worth making.

Distinguished attendees of the political sphere along with the glamour of Bollywood and champions of the Indian sports world saw the emergence of a new champion and in Vijender, a new Indian star being born.

The fight will be televised live on Star Sports Network in India.

Commenting on his next fight, Vijender Singh said: “I have been in Manchester, UK for the last two months, training hard for my next fight. My trainer has been giving me high intensity training sessions, which has made my punches more powerful than before. I am ready to fight anybody as suggested by the World Boxing Organisation (WBO). I am confident that I will be able to defend my title with as much pride as I won it. I am looking forward to 17thDecember 2016, and hope to repeat history.”

Francis Warren, Promoter, of Queensberry Promotions said: “Vijender’s career so far has been punch perfect, and I couldn’t have asked for any more commitment and professionalism from him. Now, we move onto the next phase, solidifying his status as a world top ten fighter, and progressing through the rankings. We have eyes on all the top boxers from around the world, including the winners of the Dunn – Cameron fight, Abraham – Krasniqi and Groves – Gutenech. Vijender must stay focused on the next date though, as he is on the cusp of some big fights in 2017. The WBO have supported the journey so far, and I firmly believe that Vijender will challenge for a world title within the next 18 months”

Lee Beard, trainer of Singh, said: “We have been working on Vijender’s strength and power in the gym and he is punching a lot harder. I can already see the benefits of the high intensity training sessions we have been putting him and everyone will see an even better Vijender on December 17th. Of all the fighters I have trained, he is one of the best when it comes to learning, he is an extremely quick learner. He will be prepared and ready to defend his title in style.”