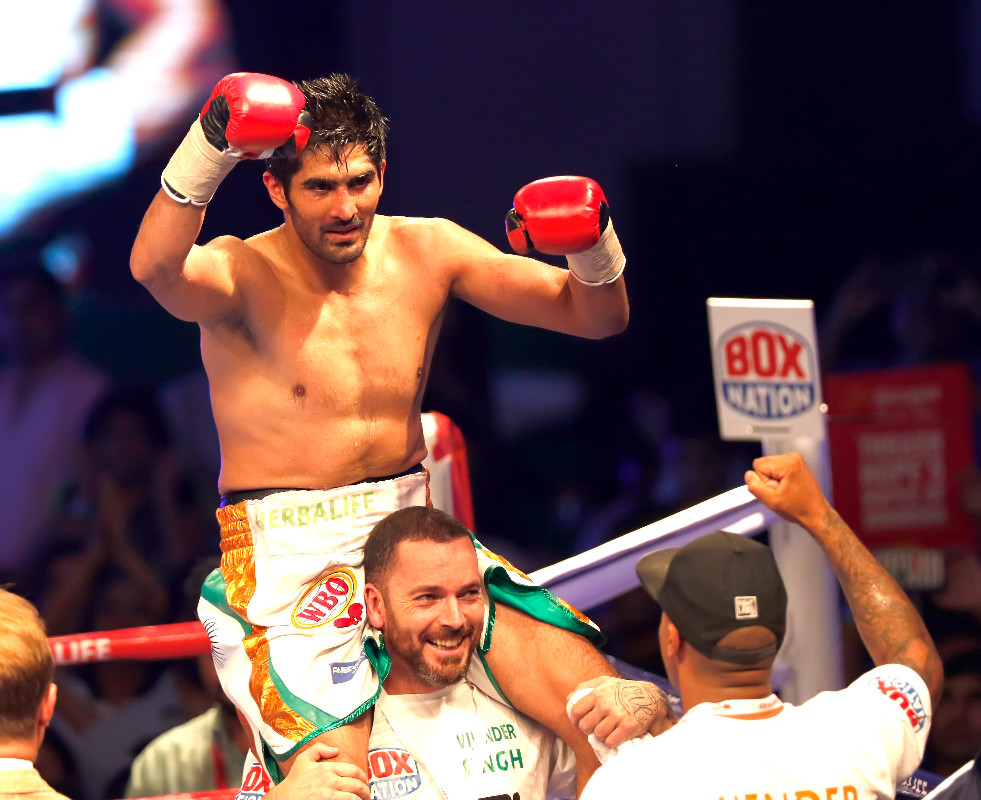 WBO Asia Pacific Super-Middleweight Champion Vijender Singh will face the toughest test of his professional career when he makes the maiden defence of his title against former World and current WBF Inter-Continental Champion Francis Cheka in New Delhi on December 17, live and exclusive in the UK on BoxNation.

Singh, 31, has racked up six big knockout wins in seven undefeated outings since turning professional just over a year ago and claimed his first title against Kerry Hope in-front of a 6,000 strong crowd at the Thyagaraj Stadium back in July.

The 2008 Beijing Olympics Bronze Medallist – India’s first in boxing – has vowed to retain his Asia Pacific crown when he faces the 34 year-old from Tanzania. Singh insists he feels no pressure being the poster boy of Indian boxing and is predicting another memorable night in New Delhi.

“Cheka is a highly experienced boxer, he has many bouts under his belt but I am the younger, stronger and hungrier fighter,” said Singh. “He is coming to my homeland to take what is mine but I won’t let this happen. The Thyagaraj Stadium is my patch now and I’m expecting another huge crowd to come and support me.

“I am confident of getting another win, I feel my stance is becoming better with every training session and on top of that I feel more powerful than ever. On December 17 you will all see the results of the hard work and dedication that goes on behind the scenes.

“This is my title and I’ll be protecting it with pride. The support that I receive both here in the UK and back home in India is overwhelming. I’ll pay back everyone’s support and retain my title for the people of India!”

Cheka is a veteran of 43 fights with 32 wins including 17 KO’s. In a career spanning just under 17 years he has tested himself against top Super-Middleweight talent including former WBA World Champion Fedor Chudinov and three-time World title challenger Mathew Macklin.

He won the WBF Intercontinental Super-Middleweight crown against Geard Ajetovic via a unanimous decision in February and is determined to spoil the party in New Delhi.

“I am ready to give this kid a lesson of boxing,” said Cheka. “I’ve heard a lot about this Indian boxer and there’s a lot of hype around him. I can’t wait to be the one to put him in his place and put an end to the hype.

“I have seen his record and he hasn’t fought anyone of note yet. I’ve been in with World level opposition and my experience and class will show on the night. I’m going there fully expecting the win.”