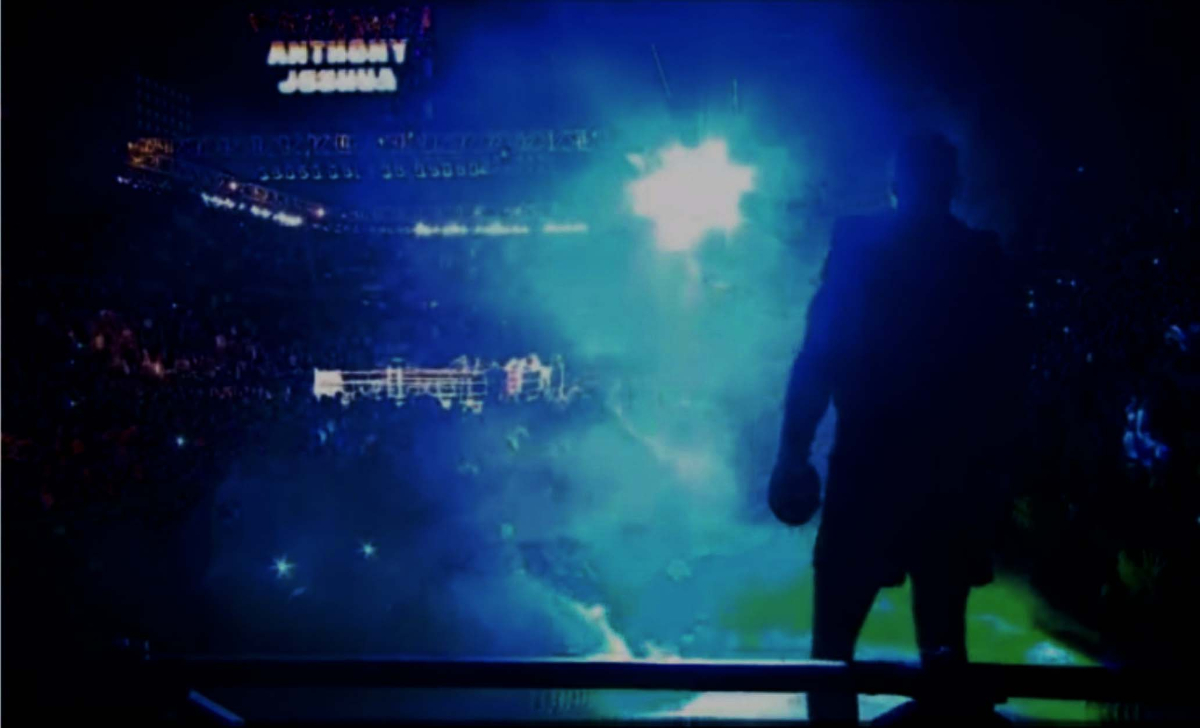 Eric Molina is not a world-class fighter. He’s not to blame he’s one in a long line of men who do not make it to the top and act as the litmus test for prospects. They used to call them journeymen in the day, ring worn, hard men who were gritty gritty durable. Fighters that were the real deal. Molina’s journey was short one much like the rest, no need for a compass and map to plot where his journey will end, usually looking up at the stars but not those in the astronomical sense.  Another contest ends much like the last in boxing’s groundhog day. It’s another rerun another repeat. Don’t bother buying the box set. We know the ending long before the curtain draws no need for encores.

Anthony Joshua is in the right place at the wrong time, canvass his opponents and they’d agree spluttering their acquiescence from the canvass, he is in dire need of a challenge along the path towards the ultimate prize. Joshua is doing everything he can as he navigates his way to the summit but at this altitude the air is about as thin as the quality of opponent. This era will be remembered for the paucity in the heavyweight division so often revered by the deeds of past greats. The names that transcended generations Ali, Holmes, Foreman, Frazier, Tyson, Holyfield and Spinks simply roll off the tongue as easy as they rolled with the punches.

That was yesteryear. Today’s names are poles apart. Hyperbole and hype don’t win boxing contests but talk is cheap compared to actions. The once blue riband of the heavyweight crown has been slowly splintering into phoney copies WBA, WBC, IBF, WBO, Inter Continental and so on like taxis in a rank fuelling the PPV networks and gridlocking the TV networks with underwhelming “main” events.  There was a time when the American Heavyweight scene alone was awash with an embarrassment of riches, now it is bordering on embarassment.

From unheralded athletes bobbing and weaving below the radar as sparring partners to the leading lights who could easily turn the lights out on most Top 10 contenders. There was once an era of genuine match ups contests before the lure of filthy lucre and the matchmakers catapulted the wannabes into the limelight an era where the ring walk outlasts the ring time. So where did it all go south?

Mike Tyson was once famously asked what advice he’s give to aspiring young boxers his answer go to MMA. MMA/UFC is an enigma that won’t go away. Its popularity has soared, all the razzmatazz provides compelling brutal entertainment to the masses. Perhaps Anthony Joshua’s more worthier potential foes have swapped gloves for the gridiron. The college kids gravitate to American football where once it was the ring.

Perhaps it’s a cyclical thing and once again the heavyweight scene will rise again unlike AJ’s challengers. He stands on the precipice of defining this era his era albeit at a time where his trade amongst the behemoths of the division are distinguished by being undistinguished, such a shame that his record carved like his granite frame may not leave the legacy it truly deserves. But news that he will meet Wlad Klitschko is at least a lumbering move in the right direction until Tyson Fury returns and we finally get what we’ve waited for, a teasing match-up between two young, fresh heavyweight kings.