Bull: “This Isn’t Just a Business For Me. It’s a Way of Life” 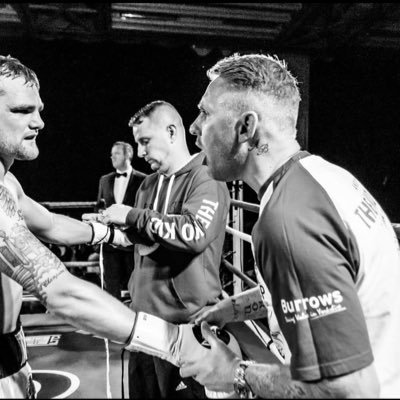 Promoting a boxing card is hard. Really hard. Fans tune into Sky Sports or Boxnation and think that anybody can do it. But they never consider how much the promoters on the small hall circuit go through to try and earn a living, whilst providing opportunities for the fighters who have put their trust in them.

For the vast majority of fighters, a big deal with Sky Sports will not be the first option when they turn over. It can take years of grafting away for very little money in leisure centres in front of sparse crowds before a chance falls into their lap.

But, if you go to these shows you more often than not come out more a boxing fan than you did before you entered the venue that night. That is the charm of a small hall boxing show, put on by a promoter who cares about providing for everyone who has parted with their hard earned money.

This is not a gimmick or a phase for them. It’s their life. One such promoter is Stefy Bull, who is based in Doncaster where he built a loyal stronghold of support during his fighting days where he amassed a 29-7-1 record, winning Central Area titles in two different weights.

Since Bull retired in 2010, after a stoppage defeat to future British champion Curtis Woodhouse, he has thrown himself into the tough world of promoting and those 20 years of graft and experience he has picked up are now beginning to pay dividend.

The 39-year-old Conisborough man manages and trains the likes of Andy Townend, Jason Cunningham and recently added the well travelled Josh Wale to his ranks and is heading towards a big show at the Doncaster Dome on March 4th next year all without the help of a TV deal.

Bull told BritishBoxers: “It’s hard but I keep marching on. My method is simple. If you put the right fights on then the support will come. I’m known for putting 50/50 fights at the top and showcasing prospects on the undercard, who will be ready for a championship fight of their own in 8-10 fights.

“I’d love a fighter to sit down with me and see the amount of time, effort and money that goes into making a card. They’d get a real shock. For example my next one on March 4th will be costing £50k, so we have to sell that amount of tickets to even break even. If I run a show with no loss, then I have done well.

“Fighters think they are feeding the promoter’s pockets, but actually we’re risking it all at the lower end, especially with the Board putting the fees up recently. It’s a huge amount of pressure, but thankfully I have a very loyal support, who have carried on following me since my fighting days.”

Unlike other promoters and managers, Bull has the distinct advantage that he has been in the ring himself. He can place himself in the fighter’s position and understands the difficulties that they are going through.

As well as local derbies against the likes of Gwyn Wale at Doncaster Dome, Bull has fought the likes of Amir Khan at the Millennium Stadium in Cardiff, as well as fighting on one of British boxing’s most famous bills, “The Full Monty”, at the Sheffield Arena against Dean Pithie, a fight he took at 24 hours notice sat in the pub.

He is also a staunch supporter of Area title fights and progressing the traditional way from there, through English title level and eventually earning a British title fight. He also remains against the influx of international and masters titles that have polluted the boxing waters in recent years.

He brings that knowledge into his work as a promoter and the proof is there for all to see, as his cards provide entertainment and value for money. He sticks to his small base of fighters and through relationships built over the years, they have found themselves on some massive bills.

Bull adds: “I don’t claim to be the best, never have. But this is no fluke. I’m working constantly for my fighters, almost 24/7 to map out a route for them to challenge for titles, which is the pinnacle for any fighter, whether it be world level or an Area title, like myself and I was a proud Central Area champion.

“My motto is that it is all about the fighter. I’ve been there like them, I’ve risked my life in the ring like they are doing and earned very little money in the process. So I take very little off them, as I’m not greedy, I’m very fair. There is no connection with others for their fighters as they only care about the pounds. They haven’t taken a clout round the ear and gone home crying to their families.

“I don’t just train anyone and I keep a small group. You look at some other promoters with a list of fighters on the books as long as your arm and you can guarantee that 75% of them will be forgotten about. That isn’t the case with me.

“I like my fighters to go after Area titles, as these other belts do nothing for your career. Anyone can fight for them. The Area titles have been put on the backburner for them, which is wrong as if you win one of them then you can eventually progress towards a British title fight. They actually mean something.

“As I said before, this is no fluke. This is the culmination of years of hard graft to get to where I am. This isn’t just a business for me. It’s a way of life.”