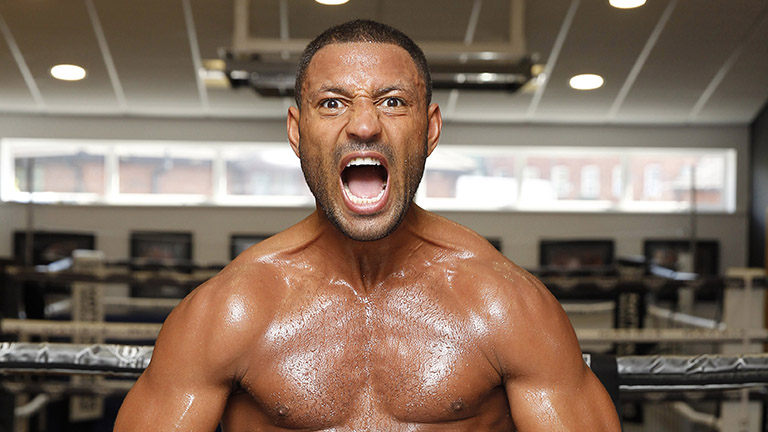 Three months on from his first defeat at the hands of supremely talented Gennady Golovkin, IBF welterweight champion Kell Brook’s next opponent is no clearer.

In the immediate aftermath of the Golovkin defeat, rumours were abound that Brook was going to vacate his IBF Welterweight title and move up to Light-Middleweight. However, In order to feed the craving Brook has for another super-fight, staying at Welterweight and defending his IBF title is most definitely the right decision.

Since making everybody aware of his intentions to stay at welterweight, the Sheffield boxer has been eagerly calling out every renowned fighter in the the divison. Nonethless, whether it be; Manny Pacquiao, Amir Khan, Danny Garcia or Keith Thurman, the likelihood is Brook still requires a notable victory in order to land a career defining contest. It is also hard to ignore that before he moves on with his career, he first must take care of tough number one ranked IBF challenger Errol Spence Jr.

It looked for all likelihood that in the weeks after the GGG fight the IBF would order Brook to defend against Spence Jr. However, despite it now appearing that the IBF are happy to give Brook a greater length of time to recover from his gruelling contest with Golovkin, it still looks inevitable that Brook will either be forced to defend against the American or vacate the title he worked so hard to capture. Whilst it is obvious that Spence Jr isn’t the monumental fight that Brook lusts for, a convincing victory over the undefeated American would take Brook a massive step closer to fulfilling his career ambitions.

In many ways, the man being touted as Brook’s next foe obtruded his way onto world level in similar fashion to the Brit. Whilst on his way to becoming one of the World’s best Welterweight’s, Brook spectacularly dismantled every domestic and European level opponent that stepped in his way. Not unlike Spence Jr, whose relatively short career has so far not lacked in explosiveness, ending 18 of his 21 victories before the final bell.

It is hard to deny that the careers of Brook and Spence Jr, have suffered because of other fighters doing every thing they can to avoid them. It is very much the case for both of them, that every opportunity they’ve had in their careers has come their way because they’ve made themselves well and truly unavoidable. In all honesty though, It is not hard to see why the worlds elite fighters have been determined to steer clear of the pair.

Whilst a contest with Spence Jr represents a massive gamble for Brook, it also gives the Sheffield boxer a huge chance to defeat a highly renowned opponent, something that has to been seen as invaluable to his career. This fight isn’t just about career prospects for Brook, if he is to retain his credibility as a fighter, it is important that he doesn’t duck Spence Jr who is a fighter that has undoubtedly earned his opportunity.