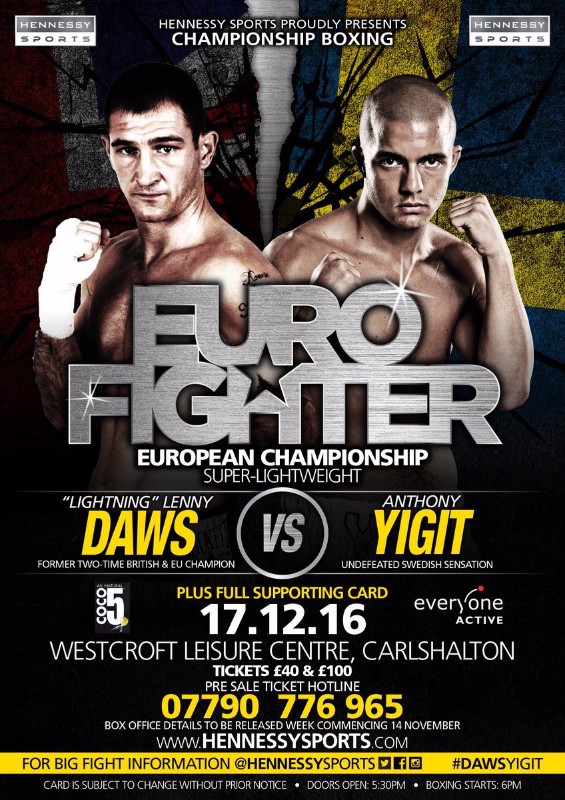 The BBBoC has revealed that Lenny Daws will meet Anthony Yigit for the vacant EBU light-welterweight belt on February 11. The show will take place in Carshalton and will still be promoted by Mick Hennessy.

‘The above contest to be promoted by Mick Hennessy, will take place on Saturday, 11th February 2017 in Carshalton,’ revealed the Board in a notice they put up earlier today.

‘There are very strict terms and conditions that apply to all promoters who wish to bid for European Championships including the lodging of a cash bond with the British Boxing Board of Control equivalent to the sum of 6,500 Euro. Any promoter not familiar with these should contact the General Secretary in good time beforehand.’

The fight was postponed yesterday due to a back injury suffered by Daws, but is now back on for early-2017.