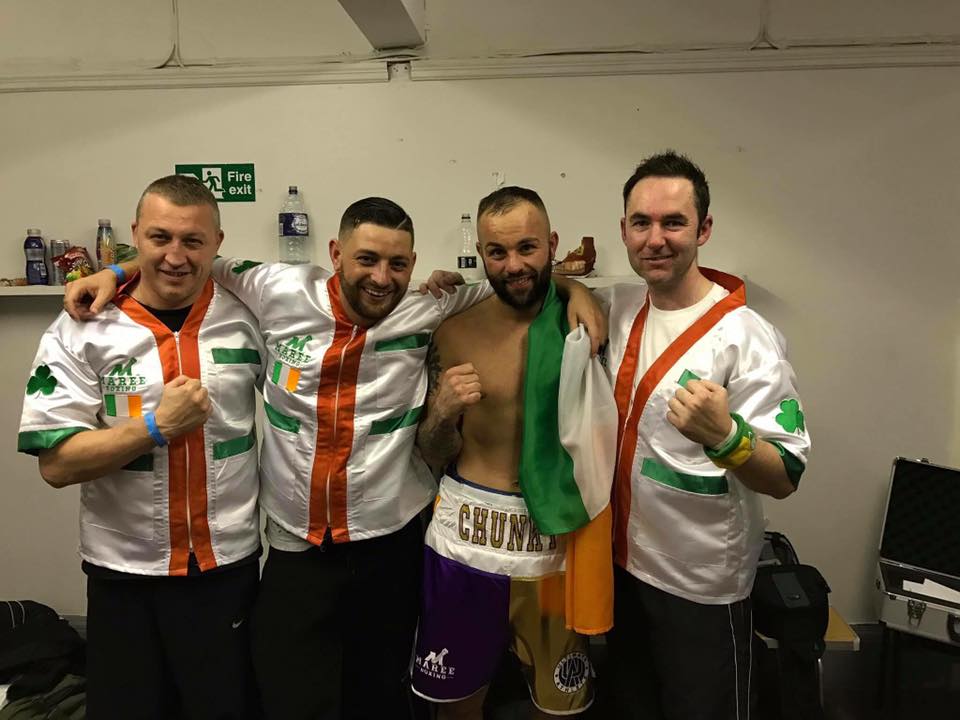 A BELTER AT THE “MECCA OF BOXING” THE HISTORIC YORK HALL IN BETHNAL GREEN.

This is an eagerly anticipated clash between two likeable local fighters with bags of personality. They clash at the Mecca of boxing, the legendary York Hall in Bethnal Green to do battle for the coveted Southern Area Title. Ben Day (8-1) is a unique character with bags of energy and never shy of few choice words.

At 38 he is considered mature in the game but this does not stop his enthusiasm and infectious charisma from shining through every time the cameras light up. On the technical side, Ben has developed as a fighter, he has no amateur pedigree and turned professional after only two white collar bouts. Considering this unusual back story Ben Day has proven his skills in the ring, an elusive counter puncher with boundless confidence and a swagger to match Floyd Mayweather.

Michael Devine (15-5-1) the younger man from Luton, is also an extremely likeable fighter. Reserved and dedicated, a big-ticket seller with ambitions of his own. In the build up to the fight, Devine was happy away from the lime light working with inconspicuous focus. Respectful about his opponent Devine has set his sights on some big nights in the future and has given off a quiet and unassuming confidence.

The historic York Hall is a truly fantastic venue, its old-school charm and sense of identity seep through the walls. The layout of the stands and seating makes for an intense atmosphere, hostile, exciting. Amidst a cauldron of noise the fighters made their entrances, both looking confident. To my surprise, the Luton man seemed to bring the larger crowd with him, the tension in the air could be cut with a knife.

The opening round saw Devine press forward landing well delivered right hands and the occasional left hook in close. Ben Day using his trademark swaying defence, looked shaky at times but stood his ground and landed some effective counters. A flurry from Devine rocked Day back and when the bell came the early signs looked Day’s less than perfect camp for the fight may be telling.

Round 2 and the crowd was deafening, Devine inspired by his early success looked to cut the ring down and tee off on Day. A thunderous right hand put Day down. A lesser man would not have got up but Day showed warrior spirit to regain his feet.

He looked dazed but coherent, the referee waved the fight off to a chorus of complaints from Day and his corner. They felt the stoppage was premature, unjust given the fact it was a title fight. I have immense respect for Ben Day, a man who has overcome genuine strife in his life, but perhaps the referee did the right thing, he looked light at the weight, very light and Devine looked strong, full of purpose.

Devine celebrates a deserved victory, picks up the vacant Southern Area Title belt and moves on to fulfil his ambitions of becoming a British champion. We wish both fighter the very best and hope to see them out again soon.