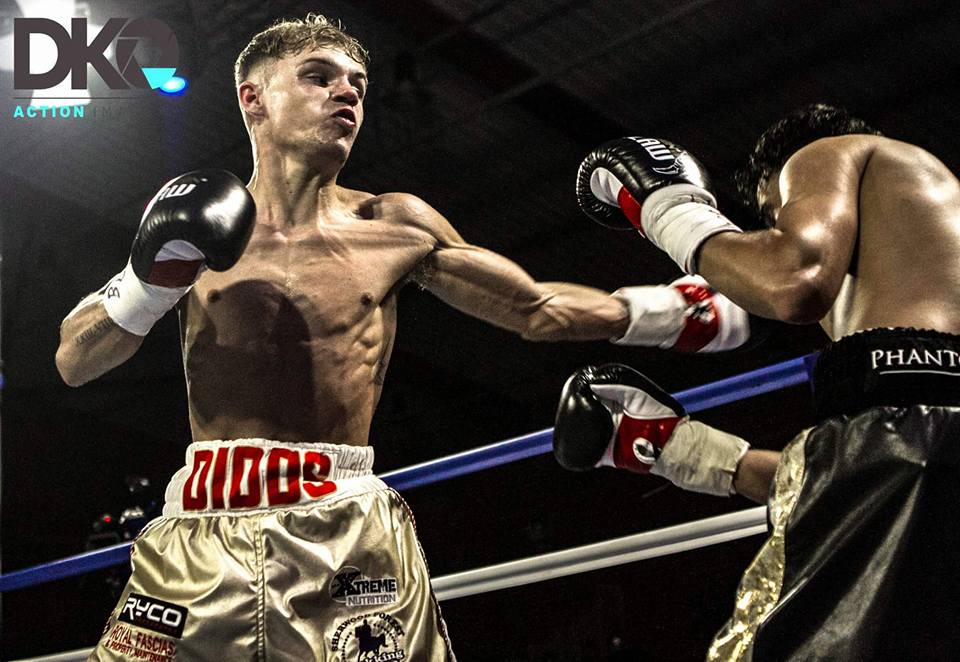 Fifteen years ago the scene within Nottingham was booming with Jawaid ‘2Sleeq’ Khaliq, the Booth brothers (Jason & Nicky), Esham Pickering, and Carl Greaves regularly selling out Harvey Hadden on Friday fight nights. Along with this came the emergence of Carl ‘The Cobra’ Froch who took over, often boxing at Nottingham Arena and offering opportunities for many local boxers to fight on the undercard. Fast forward to 2012 Froch had his last fight at the arena with Yusaf Mack, and following this the scene was on life support with small hall shows promoted by Jimmy Gill, Jason McClory and Carl Greaves.

With as many shows pencilled in the first three months 2017 as the entire of 2016 it looks to be a promising year for the Nottingham scene. Many local boxers had found themselves fighting in derby and Leicester due to the lack of home shows. With Scott Calow running a show early February, and Carl Greaves in March it looks like there could be scope for a resurgence of the scene here.

It seems the only thing lacking is a true headliner who a show can be built around as there are plenty of fighters who can be supporting cast on the card. So here is a breakdown of who can be a strong supporting cast member, who can fill the void and who can step into it in future.

Son of Jockey boxer Steve Williams, Jamie Williams (pictured above) had a fairly inactive 2016 having only two fights. He did complete his trilogy with YouTube sensation Usman Ahmed for the midlands area title with an impressive 8th round finish. A mooted EU title fight in Italy late last year fell through and he is next facing Conor Blackshaw on March 11 in Nottingham. With only Charlie Edwards and Andrew Selby ranked above him domestically, who are both world level, it should leave an opening for Jamie to slot in to fight for a British title.

GB standout Eckow Essuman— nicknamed “The Engine” due to his work rate and fitness levels—was in contention to be going to Rio with the other Olympians but missed out to the talented Josh Kelly. With plenty of bouts under the World series of boxing under his belt he is primed to make waves as a pro. He turned down high profile offers to go professional with Jimmy Gill, and is trained by long-time coach Barrington Brown. Having won his pro Debut unanimously against Andrej Cepur in Birmingham December 3, he is next out in Bingham on February 4 and is sure to have a strong year before being steered towards titles next year.

Leigh Wood demolished Lee Glover in two rounds to win the featherweight title in March 2016, sadly that was his only fight of the year. In his sole loss he gave Gavin Mcdonnell fits before tiring dramatically to be stopped in the sixth, with Mcdonnell now lined up to fight for the WBC super bantamweight title the performance looks even better. Wood should be aiming for domestic honours this year and shouldn’t stop there as a European title should be well with in his capabilities.

Curtis Valentine has a midlands middleweight title fight in store against Adam Harper on March 4 in Walsall. He is perhaps the most exciting fighter, carrying knockout power in either hand with a kill or be killed mentality. Following a sabbatical due to some prison time, he returned with wins against Yailto Neves and Deivian Sajuka in 2016 so following that up in February would put him right back in the mix for higher honours such as the English title.

against Ivalio Boyanov on the 4th of February on a Scott Calow promoted show. If he looks impressive in this contest he can possibly get himself into contention for a vacant midlands area title later in the year.

A relative newcomer in Ciaran Hayes went on the road in his first fight and upset the apple cart as the underdog by beating local boy and fellow debutant Gary Boulter in Somerset. Trained by Barrington Brown, he is next scheduled out on the 4th of February in Bingham.

With five fights on the road over 2016 Dean Gillen has been kept active by Carl Greaves. Losing four of them doesn’t tell the true picture as the combined record of the fighters faced was 25-0-1 with no losses until he inflicted the first one on Barney Joe Jones in the fighters hometown. Sporting a 3-5 record Gillen will look to rebuild getting back out in Harvey Hadden March 11.

Terry Maughan had only one fight in 2016 against Ricky Hatton trained Paul Upton for the Irish title. He is scheduled to box again on March 11 and will look to rebuild in the coming year read for further opportunities. The Irish title is the one he longs for following two failed attempts and he will be hoping that third time will be the charm.

Former kickboxing champion Chad Sugden is highly rated with in boxing circles. His career was progressing nicely until a controversial defeat to trial horse Alistair Warren. He looks to reverse that defeat on February 4 in Bingham; provided he comes through unscathed he will be looking to build throughout 2017 to get himself in to fringe title contention in 2018.

Corey Jackson’s pro career couldn’t have got off to a much worse start, being stopped in the first round in his hometown before dropping a close four-round decision to Elvis Dube. Following signing with new manager Clifton Mitchell, Jackson has rebuilt with a points win over Eduard Belas and an impressive third round KO of Andy Neylan to finish the year 2-2. The pit bull like Jackson will look to continue to build over 2017 to finish the year with a winning record.

Awkward welterweight Nathan Mcintosh had a mixed year, Winning the British challenge belt against James Gorman back in march he then contested the midlands area title in stoke in October against Craig Morris losing a narrow decision in a very competitive fight. He bounced back with a win against trial horse Chris Jenkinson and will look to get himself back in to title contention this year. Formerly trained by the ingles but now under Andrew Lowe/Carl Greaves, he will be a handful for anyone outside the domestic Top 15 and will be right in the mix provided he comes through unbeaten Nathon Smith at Harvey hadden on march 11 in an eight-round challenge belt contest .

Adnan Amar Following a four-year absence former midlands area & English welterweight Adnan returned with a four-round with over 5-0 Hungarian Lazslo Szilvai. Having made his return at Super middle, he will be eyed by other prospects as a name opponent to have on their record. Now trained by Ryan Rhodes, his long term future should lie down at light middle or he could fall in to the trap of being a gate keeper for up and comers.

Having made my debut under the Malta Boxing commission with a four-round points win in late 2015, I had just one contest in 2016 against experienced journeyman Matt Scriven, which I won with a 40-36 points win. Three further fights were lined up, one injury and two cancelled shows later and I found myself finishing 2016 with just one fight which prompted me to get in touch with Jason McClory to sign a contract and go with the BBBofC. I will hope to have my next outing in March or May.

So who can be the next Robin Hood. You have the obvious two choices of Leigh Wood and Jamie Williams who find themselves on the cusp of domestic titles and could go further still. Due to his amateur pedigree there is no reason why Eckow Essuman cannot be fast tracked to find himself at that level by close of 2018. With regards to the supporting cast of merry men (including myself), they are all competent fighters who all with the right guidance can go on to win titles. Every once in a while someone creeps out of supporting casts to have a Ricky Burns or Anthony Crolla story—I am not saying that the same heights will be reached for direct comparisons, but I wouldn’t rule out any of the names mentioned from reaching higher levels of the sport. The Nottingham boxing scene is once again an exciting one to be a part of.

We are delighted to welcome new BB writer, pro boxer Carwyn Herbert (2-0) to the team. 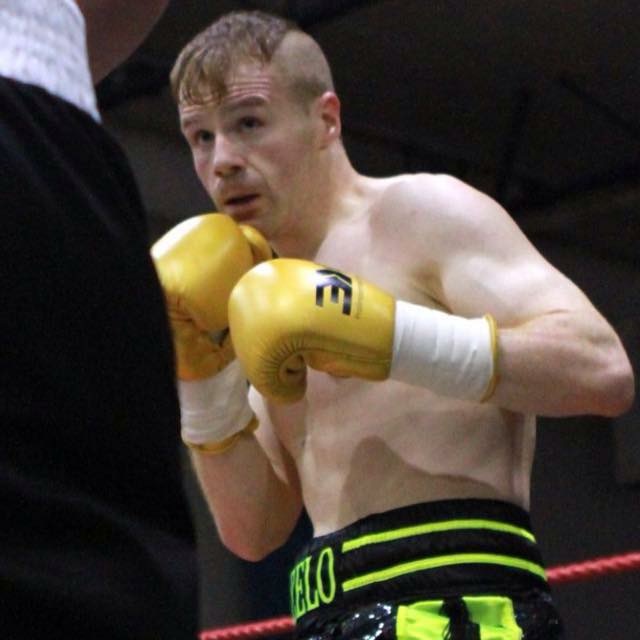