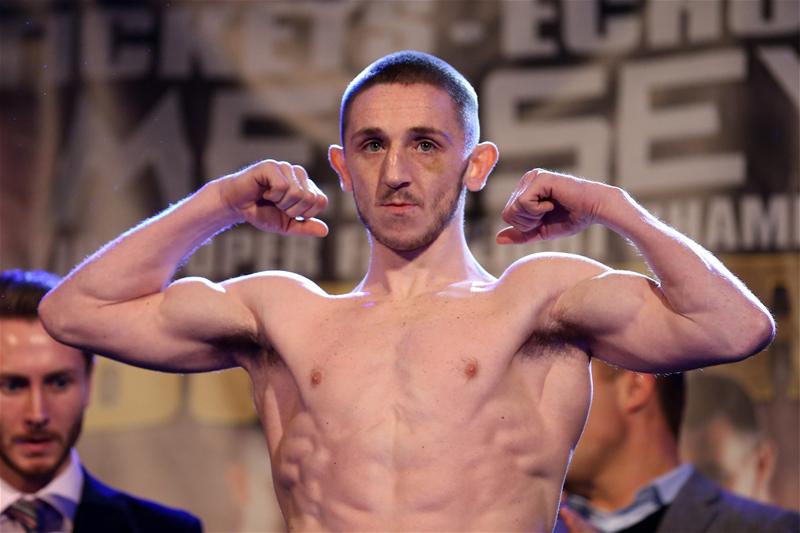 Liverpool’s James ‘Jazza’ Dickens (22-2is set to return next month, and is heading straight into a defence of his British super-bantamweight title against County Durham’s unbeaten Thomas Patrick Ward (19-0, 2KOs) in Manchester. He was last seen in July last year, when he suffered a broken jaw thanks to Cuban star Guillermo Rigondeaux in a match many felt came too early for the likeable Liverpudlian.

Dickens has only lost two of his 24 professional fights, both of which came against quality opposition (he lost to the talented Kid Galahad via 10th Round TKO three years prior to his match with Rigondeaux) and has beaten good domestic fighters in the form of Josh Wale and Martin Ward (Thomas’ brother). With Carl Frampton and Scott Quigg now competing at featherweight, super-bantam has been left without a clear-cut frontrunner, and Dickens could make a legitimate claim to being Britain’s best if he performs well in 2017.

Speaking to the Liverpool Echo, he revealed that this is exactly what he is looking to do. “I have gained a lot more hunger [since the Rigondeaux loss] – it’s put more logs on my fire. Ask any fighter who’s had a jaw break – they know what it’s like. It’s grim.” He explains how he rediscovered his motivation: “I was sitting in a restaurant trying to eat soup and there was a piece of fish… I was trying to chew it with my gums and my tongue [but] I just couldn’t do it, so I pushed the bowl away from me – I felt patronised.”

Rather than leave the sport, he felt that a return was the only way out of the dilemma: “That’s when I realised I had to come back strong and become a world champion. I had no other choice – [I said to myself] I can’t live like this.”

Well, before we get ahead of ourselves, the world level fights aren’t there, at least not yet. The talented Gavin McDonnell, who isn’t a concussive puncher but is busy and fleet-footed, is the next British super-bantam in line for a world title shot (against Rey Vargas next month) while the likes of former foe Kid Galahad and Birmingham hopeful Gamal Yafai might feel reasonably aggrieved should Dickens get the call ahead of them. As with any fighter returning from a loss and time away from the ring, Dickens will need some wins under his belt before promoters will consider matching him with the world champions again.

Happily, at only 25 years old, ‘Jazza’ has plenty of time to work his way back into the sport and give himself a renewed sense of direction. The Scouse talent would do well in exercising a bit of patience; after all, a solitary successful defence of the British title (via split decision, no less) does not equate to world-beating form, but his confidence is a good sign, and will serve him well going into the fight with Ward, who will be competing for his first title. “They’re a good family of fighters, the Wards,” said Dickens.

“This is not an easy fight and I want to do everything I can to defend my title… as an amateur, there weren’t many better than him. He did everything as a schoolboy and a junior, so I know he has massive potential.”

The undercard for the main event is pending approval.