Around and About with Tommy Dix: Oh Danny Boy, what a night in Warrington 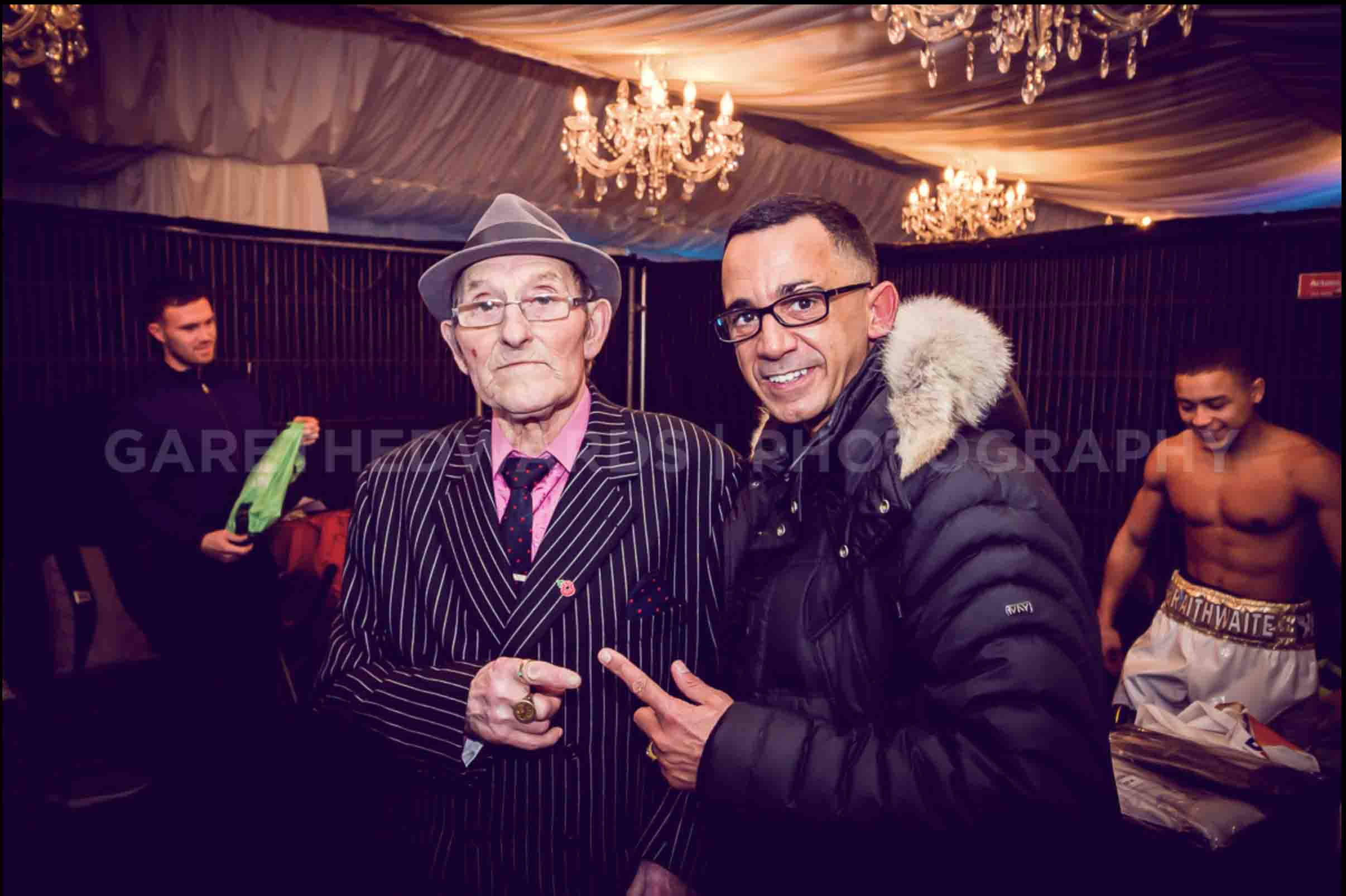 On Friday 24th February 2017 I attended an amateur show at Warrington promoted by the Hook and Jab Club.

The week had been full of surprises, not all happy ones. I should have been to the Black Flash Promotions at Middleton, however hospital appointments and doctor’s appointments for members of my family made it nigh impossible.

Then it happened, that ultra talented boxer of yesteryear Danny ‘Boy’ Peters got in touch. He’d heard about our bit of bad news, it was a matter of ‘Come on Tommy, you and Margaret are coming with us tonight’.

What a night it was! As soon as we walked through the door, who did I bump into? Big Davie McDonagh and his relation, the father of ex – British camp ‘Blue Boy Gallagher’. Two of Davie’s sons, Dave Jr and Hughie, who I had alot to do with, made us more than welcome. My wife was really happy to see all of our old friends again. What a great night’s boxing it was, the Golden Gloves Club in Liverpool had a great night – 3 wins out of 3.

I was very impressed with the skills contests, those youngsters are really being schooled very well indeed.

The junior bout that stood out to me was the bout between Golden Gloves’ Kirk Smith and Hook & Jab’s Mark Anthony Quinn McDonagh. What a cameo to advertise junior amateur boxing. Kirk Smith received a split verdict, this bout had beautiful defensive work, lovely combination, brilliant footwork and fluent movement that you had to see to believe off such young juniors. These boys put on a show of correct punching and moves that would do professionals proud.

I was also impressed with Jake Jameson’s bout with New Era’s Kane Broughton. These two put on a humdinger of a bout. Though Jake won he could not relax against a boy with a never say die spirit.

However the bout that captured everybody’s attention and had the crowd roaring from first bell to last was the 4 x 2 min round contest between Hook & Jab’s Adam Rasool and Kirkdale ABC’s Liam Hardacre. Adam received a split verdict. These boys had boxed 3 weeks prior with Liam getting the verdict. These boys needed no feeling out process and went at it from the word go. Adam pressing behind a tight high guard, letting punches go when in range and Liam boxing well on the back foot and countering. This was pure quality, a real nip & tuck affair. The atmosphere was electric as both fought for superiority as if their lives depended upon it.

The heart and engine of these boys could not be questioned or faulted. After four rounds of action that would do a pay per view card proud, Adam received a deserved decision. The whole capacity crowd was on its feet during the last round and what a deserved standing ovation those boys received.

A brilliant bout on a brilliant show and my thanks to Danny Peters and co for making this happen. It was wonderful for me to meet up with big Dave McDonagh again, I felt very humble when Dave McDonagh Jnr told Wayne Smith of the Golden Gloves how with me he’d had an unbeaten row of 19 bouts. I said yes but you were the one in the ring.

I feel Adam Rasool could make a good pro, he has the style .

A wonderful night with wonderful people, thanks a million.